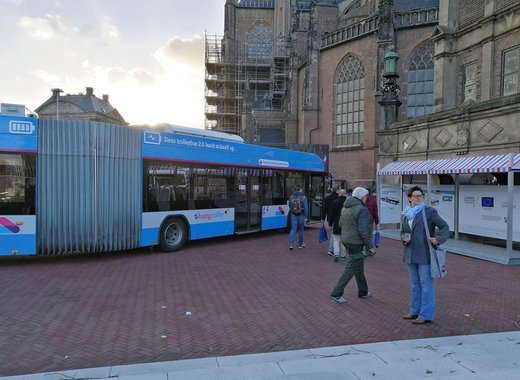 Cross-border cooperation is one of the pillars of European integration and is widely promoted in more and more border regions across Europe. For a few decades now, the Union has developed, supported and funded numerous cross-border cooperation programs. Emphasis has been put on economic and social development, environmental issues, common cultural heritage, etc.

Today, people in such areas live closer to one another thanks to these programs; they learn from each other, organize events and conferences together, apply for and implement different projects. Cross-border cooperation can be defined as one of the best examples for people from different countries working together.

Cooperation between Germany and the Netherlands

North Rhine-Westphalia lies at the border with the Netherlands and has close connections with its neighbour. It has been many years now that they have kept close ties and cooperated in different areas.

When it comes to bringing people together, one of the main ways to do that is through transport connections. It is especially true for big cities that lie on both sides of country borders. Good road, railway or water transport is a prerequisite for better interconnectedness and exchange of people, ideas and technology.

Today, more and more people travel across borders in all ways possible. However, the connections are predominantly regional and there is still a lot of work to do in this respect. To put it like that – cross-border networks are still underdeveloped. However, cross-border job travelling is becoming more and more demanding. What is more, a lot of students choose to study in one city and live in another – across the border. This puts high demands on the issue.

The problem was recognized by INTERREG Germany-Netherlands and a wide range of initiatives were undertaken to address the issue. The focus is put on railway and road transport, digital ticketing, digitalization and smart transport.

The province of North Rhine-Westphalia and the provinces in the Netherlands would develop important cross-border railway routes. INTERREG Project EUREGIO Rail, for example, is being developed under this cross-border program. Its main aim is to improve and accelerate the cross-border mobility by train making it more attractive than road mobility. The railways concerned are Münster-Enschede-Zwolle and Dortmund-Enschede.

Since the beginning of 2019, a railway route exists between Aachen and Maastricht. This is a good basis for the deepening of the cooperation.

The new projects were approved at the end of 2019 by the Managing Committee of the INTERREG Program.

The partners from both sides of the border have also discussed cross-border bicycle routes as well as tackling differences with ticket systems and infrastructure.

In this respect, they discussed the possibility of Netherlandish public transport cards to be used in Germany as well - a problem that has long been standing as irresolvable.

Germany and the Netherlands can easily prove that cross-border cooperation is easily achieved in all areas possible including all aspects of transport and mobility.