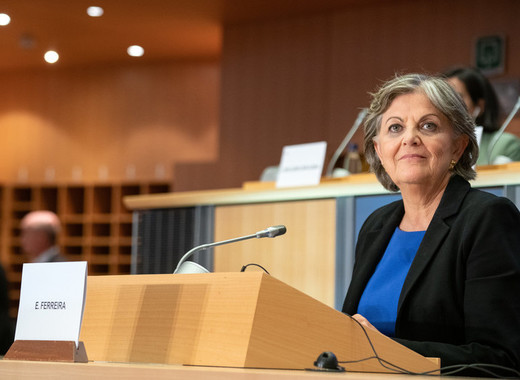 Border regions should be better reflected in EU policy and legislation, in the decisions on the future of Europe and should receive the power and resources to resolve crises such as the one caused by COVID-19. These are the main points of an Alliance, proposed to Commissioner Elisa Ferreira (Cohesion and Reforms) and state authorities participating in the 1st Borders Forum.  The signing of the “European Alliance for Cross-Border Citizens” was presented yesterday at the event, which is taking place online on 9 and 10 November.

The first day of the event saw the inauguration of the European Cross-border Citizen's Alliance, that advocates for increased role of regions, which represent over 40% of the territory of the EU and 30% of its population. The Declaration of the Alliance stipulates that despite the numerous benefits experienced in border regions since the establishment of the Schengen area, many obstacles continue to hamper their growth today.

It is not only citizens, cross-border workers and businesses in these territories who face challenges every day. Local and regional authorities are also prevented from establishing deeper cooperation and offer cross-border services. What is more, the social and economic situation has considerably deteriorated in the context of the coronavirus crisis, which closed borders overnight.

That is why, the signatories of the Declaration listed 10 points relative to their place in national and European decision-making where important improvements are needed. These include the call on the EU to actively involve border regions and cross-border groupings in the Conference on the Future of Europe, to be given the appropriate powers, resources and accelerated procedures for the implementation of cross-border projects and more.

Commissioner Ferreira welcomed the accord by saying that “since the coronavirus outbreak and the sanitary and socio-economic crisis, we have become even more aware of the importance of solidarity across European borders. Thanks to the Borders Forum we reiterated the need for closer cooperation among border regions which are often peripheral with more limited access to public services.”

In her opening speech, she underlined the progress made since the establishment of Interreg 30 years ago and paid tribute to the successful work of the European Groupings of Territorial Cooperation, the number of which already exceeds 80.

Ferreira also assured that “borders continue to be the testing ground of our European ambitions. We must not forget that a great deal of public goods such as transport, access to energy, jobs and healthcare transcend borders…None of these European public goods should be blocked by a border.” In her words, a new Communication on Boosting EU Border Regions will follow soon.

For his part CoR President Tzitzikostas commented: “The European Committee of the Regions is working hard to turn the lessons we are learning in a new phase where EU's internal border are laboratories for unity, enhancing resilience, fostering dialogue and accelerating the green transition.”

To learn more about the Borders Forum and hear about great examples of cross-border cooperation, visit the official webpage of the event and follow it in real time.