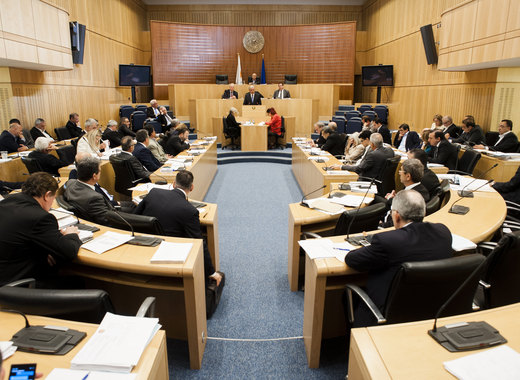 Source: Speech of Commissioner Avramopoulos in the Parliament of Cyprus in Nicosia, 14 May 2015 by Dimitris Avramopoulos (CC BY 2.0)

Back in early 2019, the new Cypriot government unveiled its flagship policy – local government reform. The goal of the reform is to cut down the number of municipalities in Cyprus thereby increasing their efficiency and abilities to resolve the problems of citizens.

That was to be accomplished by merging many of the currently existing municipalities into larger administrative units – that would, in the end, boast more problem-solving capacity, increased funding and better structures.

Of the currently existing 30 municipalities, only 17 will remain – 4 of them being in Nicosia, 4 in Limassol, 4 in Larnaca, 3 in Paphos and the final two in Famagusta. You can check out how the initial proposals were laid out here.

Yet not everyone is happy with the proposed changes. For example, in Paphos, some municipalities are not pleased that they will be grouped with the city of Paphos – namely the municipalities of Yeroskipou, Konia and Timi have declared their staunch opposition to the merger as currently proposed.

The local governments of the three municipalities claim that due to their geographical locations and common borders, they will be more than able to satisfy the central government’s wishes and objectives – namely improving efficiency, harnessing local potential and streamlining funding in order to better suit the needs of citizens.

The municipal reform should be finalized before the next local elections in 2021 – but until then, nothing is final.