Cyprus-Greece ferry link could be established thanks to EU funding 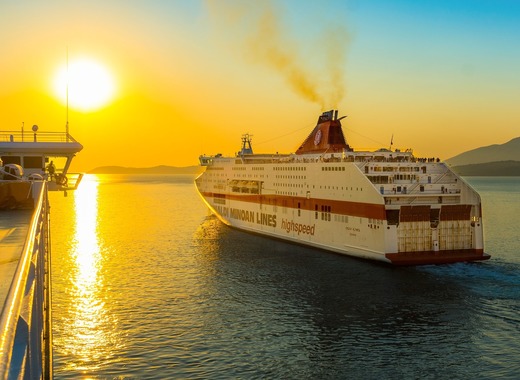 According to Cypriot Shipping Deputy Minister Natasa Pilides, the government’s proposal to re-establish the car and passenger ferry service Cyprus-Greece by the first quarter of 2020 will be based on a different approach this time.

The idea was discontinued 18 years ago and has been discussed many times over the years but has always amounted to nothing. Now, Pilides believes that the time has come to turn the proposal into reality and that both countries have to try to restore what was once a very important service.

The new proposal is to seek EU funding to subsidise the project which the Cypriot government believes will help cover the financial gap that will occur, at least at the initial phase.

“In the past there was no funding for the activity, so it was clearly run on the basis that it had to make a profit to survive, and, with more airlines entering the market and offering cheap flights to Greece, the ferry service couldn’t survive. However, the EU funding is going to significantly facilitate the implementation of the service and will make sure it will remain economically sustainable,” pointed out Pilides.

There is a group of people for whom the service would be very attractive, such as people who are afraid to fly or people with health problems that prevent them from flying. Another target group are the students, who have long holidays. Flying with a plane is expensive for some people and the ferry service would be a good alternative. Cheaper ferry tickets, especially during the summer period, would create a demand.

It won't be easy for the ferry service provider to come up with ways of making the trip more enjoyable for the passengers in order to increase the demand. In this case, the EU funding will allow the company to keep ticket prices low.

As for the schedule, Cyprus wants the ferry service to operate once a week in summer and once in a fortnight in winter.

Whether the implementation of a ferry link Cyprus-Greece will become reality remains to be seen. Certainly, bringing back this transport service will have beneficial effects on the economy and tourism of both Cyprus and Greece.