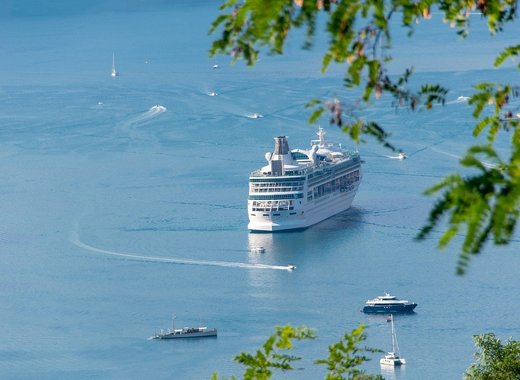 The ferry route directly linking Cyprus and Greece is finally taking shape. After initially being brought forward last year, the proposal has not only been considered and accepted but new concrete details have begun emerging.

As TheMayor.EU reported last November, the future of the route was in doubt from the get-go. Similar proposals have been considered for nearly 20 years but none of them were realized because they were deemed inefficient or pointless.

It would seem like times have changed, as Greek and Cypriot authorities are hard at work at establishing the ferry link and getting it up and running by summer 2020. Thanks to EU funding and support, it will no longer be absolutely necessary for the route to make a profit – instead, it can keep its prices low and attract customers that would otherwise not travel at all – like students and other people who deem the prices of plane tickets to be too high.

Deputy minister for shipping of Cyprus Natasa Pilides recently stated that the price of a two-way ticket on the ferry is estimated at around 130 euros. The announcement comes amid frantic work to get the route running by the time the active tourist season starts.

Currently, the Cypriot government is awaiting a response from the European Commission regarding its funding request. Once consent and approval have been granted, the government of Cyprus will be able to start looking for operators to run the Limassol-Piraeus route.

Furthermore, state officials are estimating that travel time between the two stops will be somewhere around the 30-hour ballpark. A midway stop on Rhodes is also under consideration. The ferry will complete its trip on a weekly basis during the summer months between May and September and will travel once every two weeks throughout the rest of the year.