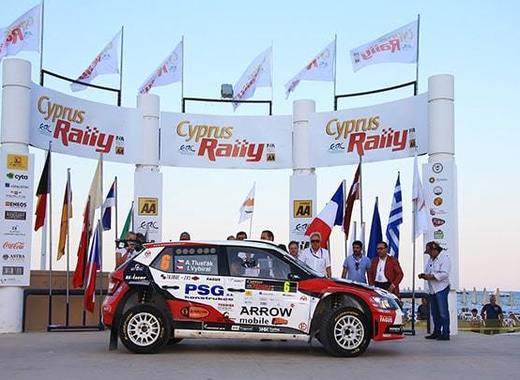 Intense action and high-speed highlights await all the spectators who will gather for the 13 Special Stages of the Cyprus Rally 2018. Spectacular passes and huge top speeds will be the main ingredients of this year’s route which has a total length of 763.32km, 208,22 of which will comprise the stages. As with every year, the rally will host two separate surfaces with 72% of the rally running on gravel and 28% on tarmac.

The Rally will run from the 15th to the 17th of June and will be based in the city of Larnaca, on the beachfront of “Foinikoudes”. This will be the fourth round of the European Rally Championship and the second round of the Middle-East Rally Championship, maintaining the world-wide uniqueness of our event hosting two separate regional FIA championships. Recce will be held on Friday, 15th morning. This will be hosted on a 6,33km stage just outside the city of Larnaca. After the Qualifying Stage, the medieval castle at “Foinikoudes” will host the Number Selection process and a few hours later, at 19:00, the Starting Ramp will be set on “Foinikoudes” for the Starting Ceremony.