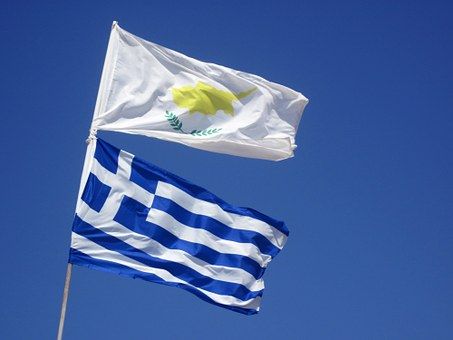 On 1 April 1955 EOKA - Ethniki Organosis Kyprion Agoniston a guerrilla organisation began their campaign against the British on the island of Cyprus.

Following the end of the Russo-Turkish War 1877-1878, the Ottoman Empire was forced to lease the island to the British, and after the end of the First World War it underwent complete annexation by the British Empire.

Since then, the dream for many Greek Cypriots became a unification with Greece. As support for the idea grew, so did the dissatisfaction with British rule. Tensions came to a head on 1 April 1955 when EOKA began their organised guerrilla campaign against British forces on the island. The date of the beginning of this armed and organised resistance is also the date chosen by Greek Cypriot authorities to become the country’s National Day.

The conflict between them would last for the next four years. Over that period the British turn out to be unable to quell the unrest on the island, leading to increased dissatisfaction with its efforts at home. Thus, Empire’s government began looking for a solution that would allow it to save face in front of the international community and prevent a war between Greece and Turkey.

Thus, following the adoption of the London-Zurich Agreements, reached between the United Kingdom, Greece, Turkey and Cyprus’s community leaders, the island nation proclaimed its independence on 16 August 1960.