All finalists have particularly interesting stories 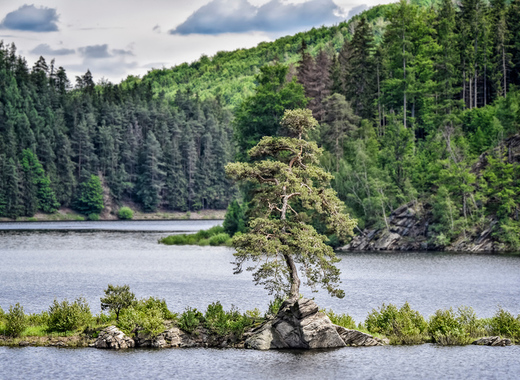 The winners of the 10th jubilee edition of the European Tree of the Year have been announced. This year's top three is made up of a Czech, Croatian and Russian competitors.

The Guardian of the Flooded Village in the Czech Republic was honoured to receive the title European Tree of the Year in 2020. In the international online competition, it received 47,226 votes thus securing its first place.

The guardian of the flooded village

The scots pine is over 350 years old and has a particularly interesting story. It is located in Chudobín, Vysočina Region of Czechia and guards the memory of a lost village.

The village of Chudobín ceased to exist due to the construction of a dam, which gave the tree its name. Overlooking the river, the tree grows on a rocking headland of the dam, called Vir. Legend has it that the devil himself would sit and play the violin under it every night.

Over the years, the tree, growing in size, has become a dominating figure of the landscape of the valley.

The winning tree, whose nomination was submitted by the Czech Environmental Partnership Foundation, has resisted human action and climate change for centuries, reads the competition's website.

With 28,060 votes, the second place went to Croatia. Ginkgo from Daruvar, 242 years old, has been growing by the castle, together with its town and its beloved Eve tree.

The third place is for a Russian flora representative. The Lonely Poplar received 27,411 votes. It is “only” 103 years old and was planted by a Buddhist monk.

The European Tree of the Year 2020 contest is organised by the Environmental Partnership Association, supported by European Landowners’ Organisation and co-organised by national partners. It is part of a family of national contests on the Old continent that all have the same purpose.

It aims “to highlight the significance of old trees in the natural and cultural heritage that deserves our care and protection. Unlike other contests, the European Tree of the Year doesn't focus on beauty, size or age but rather on the tree's story and its connection to people. We are looking for trees that have become a part of the wider community.”

See all results on the European Tree of the Year website.