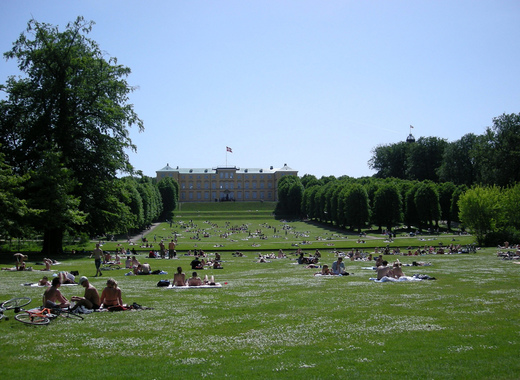 Ever since countries across Europe begun imposing lockdown measures that impede normal life, citizens have been trying out many different ways of keeping themselves distracted and breaking up the monotony of the routine that is self-isolation. One of the more popular activities has been jogging as it is commonly regarded as something that one can do on one’s own, lacking the social aspect of many other similar outings.

Yet some local and national authorities are not convinced that joggers will always act responsibly and that they are always ready to maintain a minimum of 2 metres of distance between each other – especially when it comes to doing so in confined or narrow spaces.

That is why, last week, the municipality of Frederiksberg issued a ban on jogging in its largest park – Frederiksberg Have. The main reason for the new restrictions is the fact that its paths are far too narrow for joggers and thus limiting their ability to maintain a safe 2-metre distance from each other.

Instead, the municipality is asking joggers to go to another nearby park, namely Søndermarken, which boasts wide stretches of paths that allow for joggers to keep a safe distance.

Another jogging measure employed by the municipality is the instruction for runners to always run anticlockwise of the lake – the opposite direction of what regular visitors to the park are instructed to do upon entry, thus ensuring an even safer environment for all who have decided to brave the outdoors.

With Frederiksberg municipality leading the way in Denmark, which was the 2nd country in Europe to impose massively restrictive measures, other local governments are bound to follow suit. While jogging is one of the main pressure releases for many citizens, it might also end up being a danger to them, thus prompting authorities to take action before it is too late.