Daugavpils sees a way out for abandoned cars

No more rusting eyesores in the public areas of the city 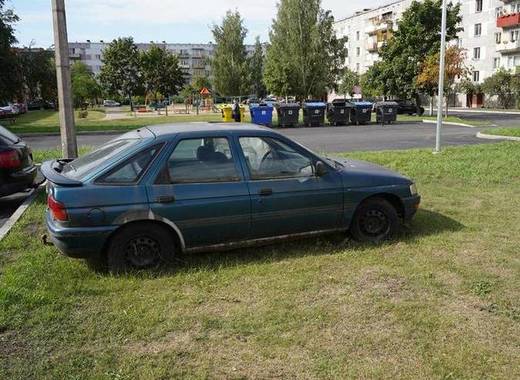 Abandoned vehicles parked for what seems to be an eternity on the streets, green areas and parking spaces of the Latvian city of Daugavpils have turned into a traditional problem with no apparent solution. That is until now. The local municipal website reported that a solution has been found after a City Council meeting on 13 August granted the Municipal Police the authority to decide how to proceed with this kind of vehicles.

Until now, the police were unable to do anything about the issue

Residents have often complained and petitioned authorities to do something about cars that slowly degrade for months and years causing an unpleasant sight to behold, not to speak of the fact that they occupy valuable space that could be used by operating vehicles. Traditionally, it has been the police who were the recipients of these complaints, but their hands were legally too tied to take action, so to speak.

Things are looking up after local councillors adopted Regulation No. 767. This gives specific guidelines for traffic police on how to act in the case a car is suspected of being left out too long.

Police officers will be able to place a warning sticker on the parked vehicle and if there has been no activity for the next 45 days, they can formally declare it as being abandoned. This period becomes even shorter for vehicles lacking stickers showing that they have passed the mandatory technical inspection. In that case, they can be declared abandoned after only 15 days.

When placing a warning sticker on the car, police officers will also have to send a copy of that to the owners, provided they can be traced. The report, however, states that naturally there are still some details to be finalized, such as how and where abandoned cars will be towed out, but the legislative action is nonetheless a good start.