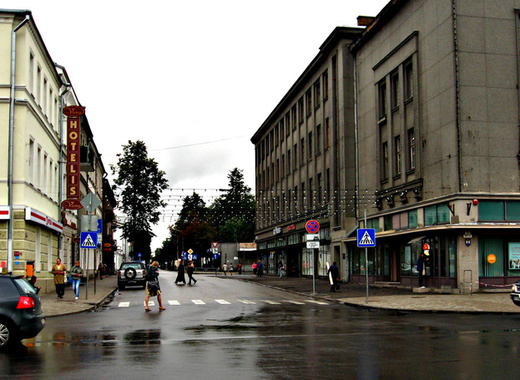 Latvia is one of Europe’s fastest shrinking countries in terms of population. Nowhere else is it more evident than in the region of Daugavpils where just last year, local population shrunk by some 700 people. That is the equivalent of a parish which means that a whole parish disappears in the region on a yearly basis.

There are two main reasons for the depopulation of the region. First among them are the falling birthrates – there were 118 newborns in Daugavpils regions last year, while there were 408 deaths – a stark contrast that makes for dismal future projections.

Equally important, however, is migration. More and more people are choosing to leave their home towns and villages and seek their fortunes elsewhere. On the one hand, many people have been moving to different countries in Europe, thus depriving Latvia of its youngest generations. On the other hand, many people have been abandoning their birthplaces, moving into larger urban areas – like the capital of Riga for example, and its many surrounding towns.

In Daugavpils, it is no different. Citizens of neighbouring villages and parishes have increasingly been choosing to either move abroad or to the urban centre of the region – Daugavpils itself. That, in turn, creates many problems for local authorities of the smaller administrative areas – the more people migrate, the less money is there in the local budget, thus depriving the remaining residents of some vital services that are supposed to be provided by the municipality.

Regions and towns across Latvia have been struggling with the issue of depopulation for years now – and some of them have embraced new approaches aimed at promoting a return to the country among those who had previously left.

In Valmiera and Smiltene, for example, local government have been setting up special services aimed at answering the needs of those who are considering returning to their home country – by providing them with the opportunity to find housing or to find an appropriate solution to relocating their businesses.

Such measures might prove vital for many cities and towns across Latvia as they are facing worsening demographic prospects that are unlikely to change through natural means in the coming years. Yet Daugavpils is also proving its steadfast determination in doing everything in its power to boost birthrates and retain its population.