Meetings, debates, conversations, workshops and screenings will take place in several places around the Polish city 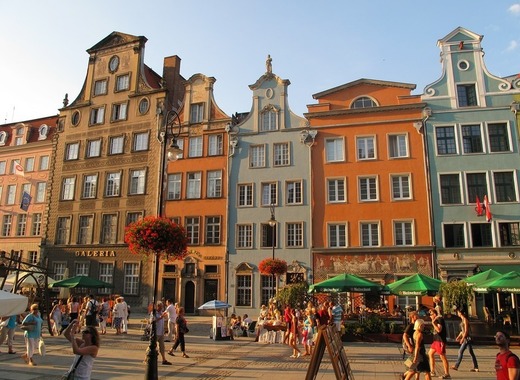 The Gdańsk Democracy Week returns between 16 and 22 September for its fourth edition. Held for the first time in 2016, this year's leitmotif are the words of the outstanding writer Max Frisch Demokracja oznacza mieszanie się do swoich własnych spraw (translated as Democracy means interfering in one's own affairs). It is a chance to follow the trail of historical figures, see democracy as interpreted by theatre actors or take part in debates, lectures and workshops. Meetings and conversations with political commentators and authors of high-profile reportages will take place. Part of the programme are democracy workshops for young people, as well as a concert by Marek Dyjak.

Meetings, debates, conversations, workshops and screenings will take place in several places around the polish city. The event will open on September 16 (Monday) with a debate at the European Solidarity Centre. The authors of the most famous reportages of last year will take part in it. Among the invited are Katarzyna Włodkowska, Szymon Jadczak, Bertold Kittel, Tomasz Piątek and Wojciech Bojanowski.

In the following days, in ECS you will be able to meet Yascha Mounk, American political scientist of Polish origin, listen to a lecture by prof. Wojciech Sadurski or the debate of commentators Andrzej Stankiewicz (Onet.pl), Agata Szczesniak (OKOPRES), Dominika Wielowieyska (Gazeta Wyborcza) and Piotr Trudnowski (Jagiellonian Club).

The culmination of the fourth edition of the Gdansk Week of Democracy will be the concert "Dyjak Ginitrowski" at the Gdańsk Shakespeare Theatre. There is something in for every age. Discover details from the City of Gdansk.