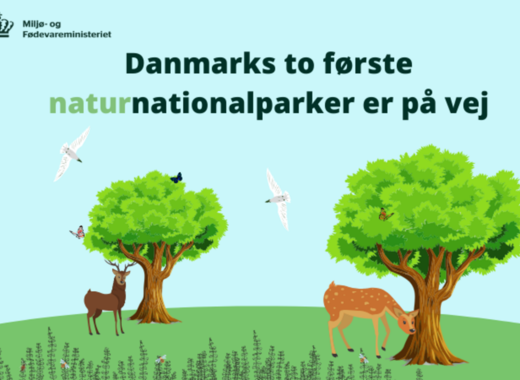 Source: Ministry of the Environment, Denmark

The preservation and protection of nature and wildlife are of the utmost priority for Danish authorities – exemplified not only by their ambitious climate goals but also by their readiness to adopt new ways to approach them.

The latest of these landmark decisions was unveiled late last week when the country’s government announced its plans to create Denmark’s first two national parks. Their creation will cost taxpayers a total of 105 million Danish kronor and will aid authorities on their quest of protecting wildlife and ensuring the existence of pristine habitats.

Upon the announcement, environment Minister Lea Wermelin, stated that “We are in a natural crisis, and animals and plants lack space and habitats. We need more coherent natural areas where nature can develop on its own terms. That is why I am really pleased that, with the agreement here, we are taking on Denmark's first two national parks, which will provide wilderness at home”

Wildlife in these two newly created natural parks will be able to spread in an approximate area of 1900 hectares, following their completion, giving them plenty of space to thrive and sustain their populations.

As part of the government’s push for protecting biodiversity, it has also earmarked funding for a number of other projects including:

These, as well as a series of other measures, are aimed at reinvigorating the interest of Danes in nature in the aftermath of the coronavirus pandemic. With more and more people choosing to remain within the confines of Denmark for their summer holidays, the government wants to ensure that there are plenty of opportunities for them to go out, enjoy themselves and remain healthy.