The Romanian city must complete the project until June 2022 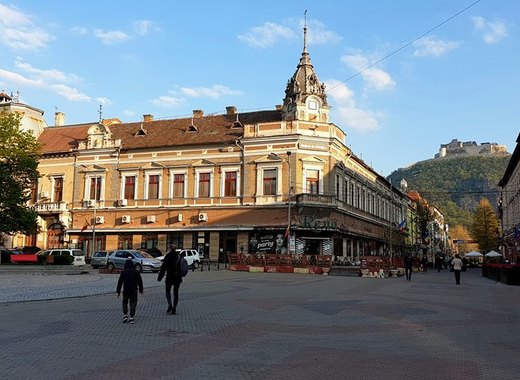 The City Hall of Deva, a town located in Romania’s Transylvania region, received 4.2 million in EU funding to refurbish its historical downtown area.

The project includes the renovation of the urban area between the Unirii Square and of the segment in the historical area of the December 1st 1918 boulevard, which will be open to car traffic and pedesrians.

What will change through project funding

Aiming to lower the CO2 emissions, a unitary pavement for pedestrian areas will be created, while the green spaces in the area will be refreshed and upgraded. An irrigation system for the green areas will be established with appropriate public lighting. As part of the project a system to reduce traffic in the downtown area will be also designed. The aerial cables will be lowered underground, video surveillance cameras will be mounted and street furniture appropriate for a historical center will be added.

The promenade area in Unirii Square was created at the beginning of 2000 but it is often taken up by cars. To resolve the broblem the municipality installed barriers to mark off the area for pedestrians and ban cars. A schedule for cars coming to supply stores and venues in the historical center entered into force. However, the barriers were broken and the warnings of the local Police concerning the pedestrian use of the area ignored. Now, Deva Municipality and its citizens hope to change the situation with this new project.