Discover the Alzheimer Village in the Landes 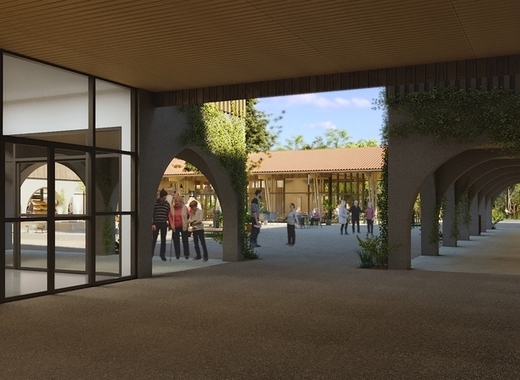 An innovative project seeks to make the lives of people affected by Alzheimer's disease in France more bearable. As the first activities were undertaken in 2014, it is until the end of 2019 that the Landais Alzheimer's village should be opened. Oriented to those who cannot afford to go to a private institution or cannot stay at home, the village will offer several assets to ensure the well-being of people suffering from the mental illness.

According to preliminary estimates, the Village Landais Alzheimer will welcome 120 residents, including 10 under the age of 60, accompanied by 120 staff and 120 volunteers. The staff will have multidisciplinary profile, including doctors, nurses, gerontologists, psychologists, etc., who are normally in the process of recruitment.

The aim of the ingenious project is to transform the social perception of the disease, which concerns a significant part of the elderly. The village will therefore offer a welcoming architecture, fostering close ties with the family continuously and allowing integration into the urban city. The city of Dax where the village is located is well developed economically and socially and is accessible by railway from Bordeaux (1h15), allowing residents, staff and volunteers to maintain the link between the village and the outside world.

The non-medical activities available in the centre will make it possible to better preserve the cognitive capacities of the inhabitants, by supporting an active, social life and at the same time - supervised by an authorized staff. Residents can therefore perform regular activities freely, such as going to the hairdresser, going to the restaurant, visiting cultural programs. The absence of reminiscences to medical institutions and medical symbols makes the place even more pleasant and unique.

The project in the Landes department is inspired by a similar village De Hogeweyk already exists in the Netherlands, mediatised in 2013. The former is realized with the help of 10 partners and its cost is estimated at 28.8 M euro in constructions and 6.7M euro per year.