Five cool projects that demonstrate the potential for regional development 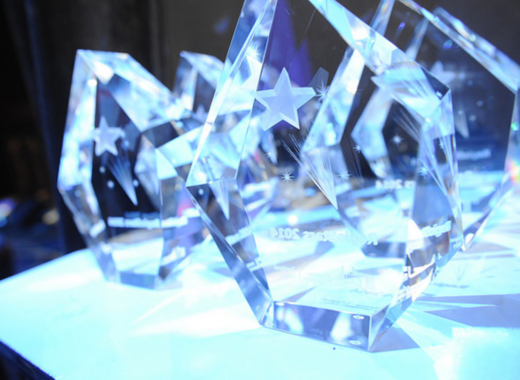 Last night, the European Commission announced the winners of the 2020 REGIOSTARS Awards. These distinctions have been given out every year since 2008 in order to showcase and encourage innovation and creative thinking in the field of regional development. What was unique this year was the ceremony took place virtually for the first time in its history.

Nonetheless, the event and its importance were highlighted by the (digital) presence of six European Commissioners! Among them were Mariya Gabriel (Innovation, Research, Culture, Education and Youth), Věra Jourová (Values and Transparency), Elisa Ferreira (Cohesion and Reforms), Paolo Gentiloni (Economy), Nicolas Schmit (Jobs and Social Rights) and Virginijus Sinkevičius (Environment, Fisheries and Oceans).

The awards consist of five categories and a public choice distinction

Here are the winners in each of the respective categories:

The “Industrial transition for a smart Europe” Award went to the ESA BIC Portugal programme, concerned with the promotion of space technologies to non-space markets. This is a first in Europe and its vital statistics show that it has a promising future, what with attracting more than 11.5 million euros in investments and generating 100 highly skilled jobs in 30 companies.

The 2nd category is “Circular economy for a green Europe” and the winner there was the ‘TAKE THE COOL FOOD CHALLENGE’. This one clearly took a page out of recent social media viral methods in order to stimulate people to benefit both themselves and their planet by making small changes to their diets and ways of preparing food. Turns out that can cut down on CO2 emissions, too!

The “Skills & education for a digital Europe” category saw as its winner a Croatian ‘e-SCHOOLS’ pilot project. This one has helped with the digital platform transformation of 10% of the schools in the country. With the pilot success of educating highly skilled and employable students, the next step will be to implement the concept for 50% of the Croatian school system.

SHICC (Sustainable Housing for Inclusive and Cohesive Cities) was the winner of “Citizen engagement for cohesive European cities” Award. Developed in cities in Belgium, France and the UK, this project wants to see the creation of affordable housing managed by democratic community organizations.

The 5th category was specific for this year and it is called “Youth empowerment for cooperation across borders – 30 years of Interreg”. Its winner was ENERGY@SCHOOL which englobed schools from seven countries from Central Europe. The idea behind it was not only to teach young pupils to become environmentally responsible but to empower them to do so by giving them control over the energy efficiency practiced in their schools.

The public gave its preference to the ‘Time is now for change’ Polish-Lithuanian cross-border project. The initiative is committed to improving the lives of at-risk youth in two cities near the border by involving them in challenging, productive and fun activities with the consequence that crime and drug use in these localities have decreased drastically.