Do you know which the most beautiful village in Europe is? 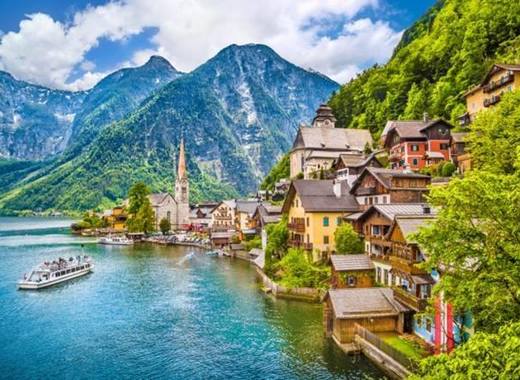 Hallstatt is a little town of breathtaking views located between Salzburg and Graz, in the Salzkammergut Lake District of Austria. Hallstatt village is the most beautiful village in Europe, so beautiful there is an exact replica in Southern China.  Until the 19th century the beautiful Austrian town of Hallstatt, which overlooks Lake Hallstatt, was accessible only by boat or mountain trail.

Today it is a popular tourist destination a UNESCO World Heritage Site, as well as a functioning lakeside town with almost 800 residents. Hallstatt is known also for its production of salt, dating back to prehistoric times. Salt was a valuable resource, so the region was historically very wealthy. It is possible to tour the world's first known salt mine named Salzwelten, located above downtown Hallstatt.

Source: Tourism On The Edge