Do you know who is the European Ombudsman?

She investigates maladministration in the institutions and bodies of the EU 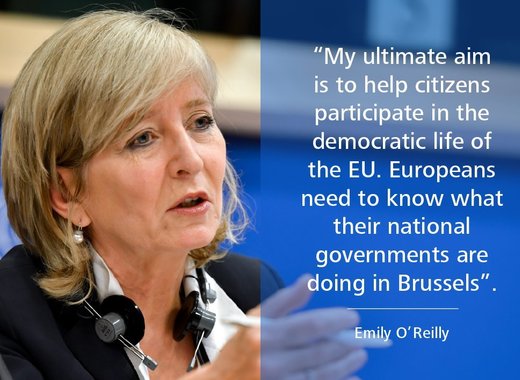 From 2003 until 2013, Ms O’Reilly was the first female Ombudsman and Information Commissioner in Ireland and was additionally appointed Commissioner for Environmental Information in 2007. As national Ombudsman Ms O’Reilly was conferred in 2008 with an Honorary Doctorate in Law by the National University in Ireland for her work in promoting human rights throughout her career. In 2014 she was awarded an Honorary Doctorate of Law from the University College Dublin for her decade long commitment as Irish Ombudsman. As a former journalist, author and political editor, Ms O’Reilly’s career has attracted significant domestic and international recognition, including a Harvard University Fellowship and multiple national awards.