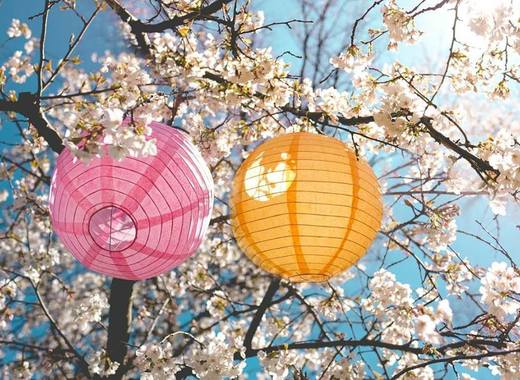 Gothenburg is featured on the botanical world map for several reasons, not least of which is the Japanese Glade, which was founded in 1952. Within the international seed exchange program between botanic gardens and arboreta, the garden exchanges seeds with 5-6 Japanese gardens annually.

The development of the Japanese Glade has continued until today both when it comes to plant mate­rial and form. The aim with the area is to offer the visitors a more concentrated picture of and give a feeling of the Japanese plant world. Here could be found nearly all species, and many more, that are typical to Japanese promena­de gardens. However, the purpose with the area has not been to create a Japanese garden, but hopefully to give a glimpse and idea of the rich nature and culture of Japan.

When the cherry blossom trees start blooming, Gothenburg Botanical Garden invites citizens and guests to celebrate the arrival of spring with a Hanami picnic. Visitors are invited to participate in Japanese dances, try manga drawing, Japanese martial arts, visit the small Japanese market, enjoy the cherry blossom and drink tea. That day, koi carp fish will be released in the Mirror pond.