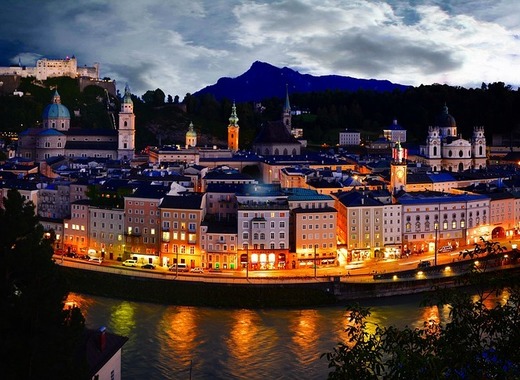 In a city that has preserved its baroque architecture in almost perfect condition and therefore is a breathtaking backdrop in itself, the Salzburg Festival presents performances of opera, plays and concerts of the highest artistic standards over a period of five to six weeks each summer (this year edition will take place from the 20th July until the 30th August). Conductors, stage-directors, orchestras, singers, actors and virtuoso instrumentalists of world renown can be seen and heard in July and August in the town on the river Salzach.

The Salzburg Festival is often described as the greatest and most important festival in the world, and this reputation is confirmed by countless superlatives: witness the number of performances and of annual visitors, or the wide-ranging program. There are 206 performances to look forward to during the 42-day event! One highlight is the annual performance of the play “Jedermann” (Everyman) by Hugo von Hofmannsthal.