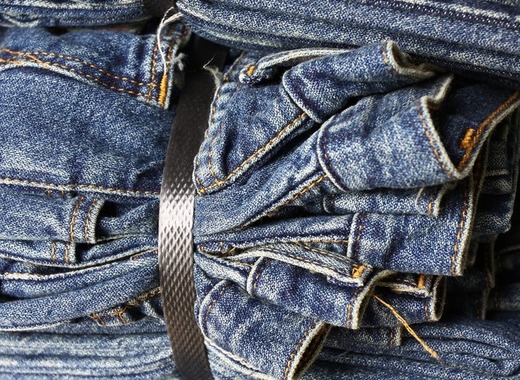 A broad partnership, involving global leaders in the denim industry, national, regional and local authorities and other stakeholders was agreed upon in The Netherlands last week. The so-called “Denim Deal” aims to cut the resources needed for the production of denim garments and make the entire process more sustainable.

One of its concrete objectives: produce at least 3 million jeans using recycled textiles within the next 3 years.

As much as 8000 litres of water go into the production of a pair of jeans; the textile industry is responsible for more emissions than international air and sea transport put together: that is the context justifying the Denim Deal, as summarized on Nederland Circulair portal. The smart and economical use of raw materials, on the other hand, can bring benefits well beyond the clothing industry.

That is why on 28 October stakeholders from all stages of the textile cycle agreed to put more reused materials into the production of new garments. The Denim Deal has been signed by, among others, the Ministry of Infrastructure and Water Management, the municipalities of Amsterdam and Zaanstad and the Amsterdam Metropolitan Area.

As part of it, brands such as Scotch & Soda, MUD Jeans and Kuyichi agree to make a total of three million jeans garments containing at least 20% recycled textiles. Furthermore, all stakeholders should together establish the standard of at least 5% recycled textile in all denim pieces of clothing as quickly as possible.

State Secretary for Infrastructure and Water Management Van Veldhoven addressing the House of Representatives, was adamant that a change in demand in The Netherlands can bring about a shift in the ways companies in Turkey and China produce. As Veldhoven puts it, the Denim Deal is important as all parties involved in the making and processing of a denim garment will participate, from production companies, brands and retailers, to collectors, sorters, cutters and weavers.

The agreement is open to new actors willing to join it. Every year for a period of three years, a report will summarize the activities implemented by all parties and whether the results are achieved.