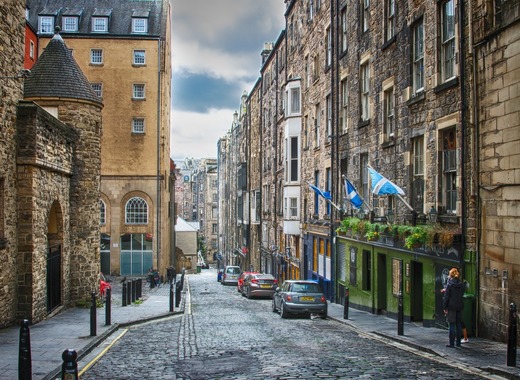 The need for additional space for pedestrians and cyclers has been ever-present in the minds of local officials across Europe after governments began the slow lifting of lockdown restrictions in the aftermath of COVID-19. Combined with the desire to reduce car traffic, efforts in pedestrianization have gained new-found momentum over the last few months.

Spaces for People in practice

As part of the Scottish government’s Spaces for People project (meant to find solutions for improving cycling and walking infrastructure in Scottish cities), Edinburgh, in cooperation with Sustrans, launched the Commonplace platform. Through it, along with a dedicated inbox, the Edinburgh City Council has collected some 4105 separate ideas and suggestions by citizens on how the urban area can be transformed and become more people-friendly.

“We’re already introducing changes across the city in response to residents’ concerns, and these suggestions will help us to identify further trends as well as flagging up new areas for improvement.

Of course, we can’t deliver every suggested improvement, and we must prioritise limited resources to the most-needed measures. Changing road layouts is a complex and collaborative process and our teams are working as hard as they can to implement improvements that work, as soon as is possible,” stated Transport and Environment Vice Convener Councillor Karen Doran.

Local authorities in Edinburgh aim to continue on their ambitious plan of making the Scottish capital as cycling and walking-friendly as possible through a number of different citizen-driven initiatives and other planned actions.

Transport and Environment Convener Councillor Lesley Macinnes reiterated the City Council’s commitment by stating that “Our programme of improvements, which is one of the most ambitious in the country, is well underway - over the coming months we’ll be delivering more than 30km of cycle segregation in the first phase of improvements alone, widened pavements across the city and reducing speed limits in key areas. We know how important it is to make these changes quickly and we’re making good progress while monitoring feedback to make sure the measures are working.”

Edinburgh authorities have already completed work on a number of citizen-driven projects including the widening of footways and bus, cycle and taxi gates in different parts of the city, the creation of new segregated cycling lanes and are currently working on numerous improvements to local “town centres” across the urban area. These actions are bound to reflect well not only on the health of citizens but also on the entire city’s environmental wellbeing.