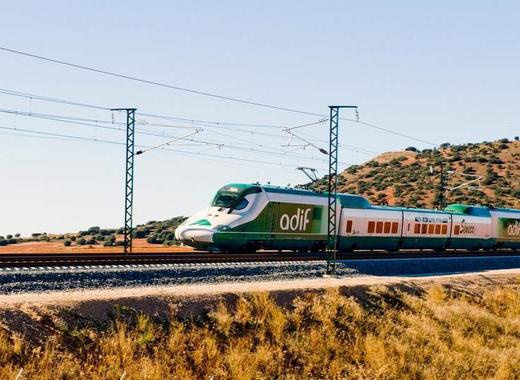 The European Investment Bank (EIB) signed two agreements with the branch of the Spanish state company managing high-speed railway infrastructure – Adif Alta Velocidad, two days ago in Luxembourg. These agreements will provide financing to the tune of 205 million euros that will go towards improvement rail connections and equipment on the Levantine coast.

The funds that were agreed upon concern two separate projects.

The larger sum of 155 million euros, of which the first tranche was signed between the two parties, will go towards purchasing new rolling stock and equipment. More specifically, this means the acquisition of 4 inspection trains and another 44 locomotives for maintenance and rescue operations along the routes.

The remaining loan of 50 million euros will go for the implementation phase of the construction of the line between Castellbisbal (Barcelona) and Almussafes (Valencia), as well as for the Vandellós cutoff in Tarragona Province.

The completion of these lines will bring the Spanish train network closer to becoming part of the unified and interoperable Trans-European Transport Network (TEN-T), and more precisely, part of its Mediterranean Corridor running from Algeciras (near Gibraltar) all the way to Hungary.

The two agreements signed are expected to provide much-needed employment opportunities in the times of a post-Covid economic crisis. The kind of jobs which will be generated will be both temporary, connected with the manufacturing of the equipment and railway installation, and permanent, for the personnel needed to operate the machinery and installations along the routes.

Both, EIB Vice-President Emma Navarro and Adif Alta Velocidad President Isabel Pardo de Vera were confident that railway transport is essential for the future of Europe. It fits ideally with the goals projected in the European Green Deal for sustainable mobility and cutting down carbon emissions.

For the past nearly-30 years, EIB has been an essential partner in the development of high-speed rail transport in the Iberian country. The financial institution has invested over 12 billion euros to that end, making it possible to connect most major Spanish cities and reducing travelling times.