Elections to the Dutch provincial councils to be held today 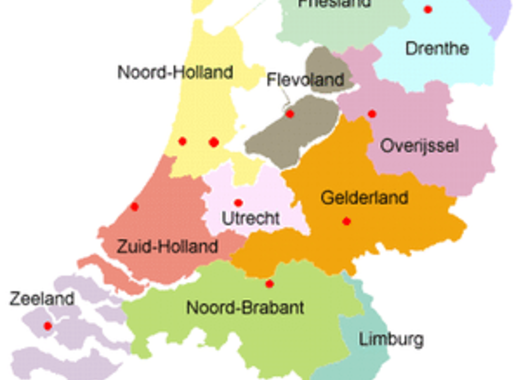 The Netherlands has elections for three levels of government: national, provincial and municipal. Today are going to be held the provincial council elections. The country is composed of 12 provinces: Drenthe, Flevoland, Fryslan, Gelderland, Groningen, Limburg, Noord-Brabant, Noord-Holland, Overijssel, Utrecht, Zeeland, Zuid-Holland. The number of council members varies, according to the size of the province’s population. Flevoland and Zeeland have the smallest councils (39 members), North Brabant, North Holland and South Holland the largest (55 members). At present, there are 570 provincial council members.