Electronic tables being set-up at bus stops in Riga

After 5 years of waiting and a bizarre attempt at going around the issue, 15 bus stops have been equipped with electronic tables 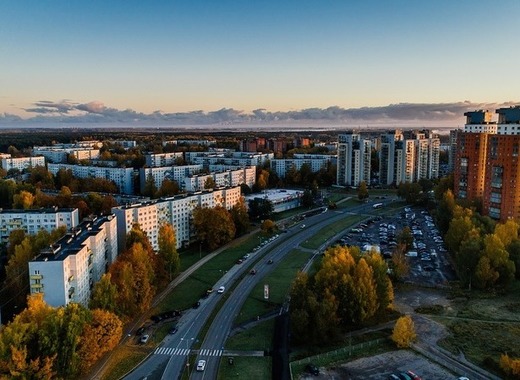 The municipal public transport company of the Latvian capital, “Rīgas satiksme”, is yet again hoarding in the spotlight. This time, however, it’s nothing to do with corruption scandals and the discovery of massive fraud connected with Riga’s former mayor Nils Ušakovs, rather it’s concerning a positive development in the city.

Electronic tables are being set-up at bus stops in the Latvian capital, following quite a lengthy delay, of about 5 years, after the initial assessment for their need was made. The story of how the tables finally arrived at their destinations is quite bizarre. Around 5 years ago, Riga municipality stated that electronic tables providing up-to-date information on arriving buses will be set up at bus stops. One year later however, representatives of “Rīgas satiksme” stated that such an initiative would require very solid and lengthy planning. Instead, the municipal company decided to put up plastic plates with estimated intervals of arrival, which can be lit up by lamps if citizens press a specific button. This fix was heavily criticized by residents who claimed it to be an outdated and absurdly expensive approach to solving the problem. The setting up of such a table and its accompanying lighting would cost the municipality 4,300 euro per stop for a total of 8.6 million euros if they were to cover the entire capital.

A few months after the massive backlash, “Rīgas satiksme”, has finally set-up the first proper electric timetables in 15 of the most critical juncture points in the Latvian capital.