End of state of emergency brings hope to cinemas, theatres in Hungary

Budapest has added a big screen to its array of rooftop gardens, swimming pool and skating rink 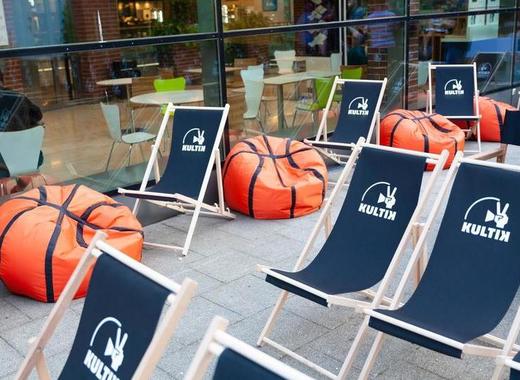 Following a decision by the Hungarian Parliament, the nation-wide state of emergency was lifted yesterday. Events with less than 500 people can be held now and cinemas and theatres can reopen, but the rules under which they will operate are not quite clear. So, operators have taken the initiative and made a proposal to the government based on foreign examples, writes Szeretlek Magyarország.

According to the guild, operating with 75 percent of seating capacity would be acceptable. The biggest problem has been  the queuing of ticket buyers, but it can be easily solved with sales going online.

Open-air cinemas have an edge

Airing and disinfection between screenings will be a required drag, and open-air cinemas are one step ahead in this respect. Unlike most outdoor cinemas, arranged at ground level, the latest addition to this segment has opened on the roof terrace of Corvin Plaza shopping mall, one of Budapest's busiest intersections. The choice is hardly surprising given the fact that the capital city already boasts a swimming pool and a skating rink on the roof of hotels.

The inauguration of KULTIK Terrace was on Wednesday evening with the screening of the acclaimed Jane Austen’s comedy adaptation “Emma”. The cinema’s 54 seats are placed 1,5 m apart to minimize the risk of infection. Spectators can choose from comfortable deck chairs, director chairs or beanbag armchairs.

Due to the large space, dogs are accepted provided they sit quietly at their owners’ feet. The management has even found a way to keep mosquitoes at bay, using special torches.

And on cooler evening cinemagoers can get warm blankets free of charge. The open-air cinema is operated by the KULTIK cinema network, which accounts for the rich programme comprising premiere films, award-winning movies and golden oldies to be screened each evening.

At several theatres in Hungary rehearsals have already begun, although both the actors and director wear masks. Some theatres prepare to hand out dark masks to future audiences, as brighter colours can distract the performers.

Outdoor theatres are also preparing their summer programmes. Experts are confident that the regular season can start in September.