Espoo – a driver for innovation 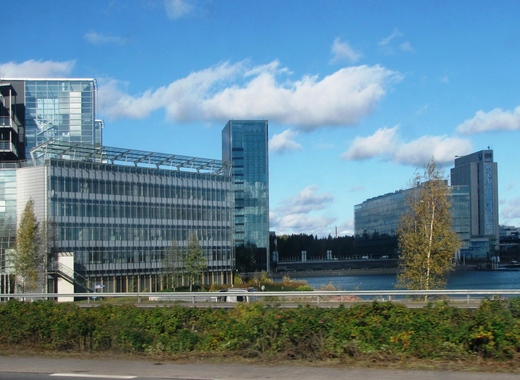 The Finnish city of Espoo is among world leaders in terms of innovations. Most notably, it ranks among the most innovative cities on Earth. Local authorities are always on the lookout to further improve the city’s standing and they recently discovered yet another opportunity.

Cooperation in the name of progress

The city of Espoo recently entered a partnership with Technology Academy Finland (TAF) as a Millennium Innovation Forum Partner. The local government is eager to provide further boosts to the local entrepreneurial ecosystem and promote innovation.

It considers cooperation with private enterprises as a key pillar for the rapid development and society and wants to provide the Millennium Innovation Forum with all it needs in order to be a success and thus inevitably better the lives of locals.

“Innovations are born in communities. Together with our partners, we want to be actively involved in promoting sustainable growth and building a better future”, stated Jukka Mäkelä, Mayor of Espoo, as quoted in a municipal press release.

”The City of Espoo is one of the most innovative cities in the world for a reason. Espoo’s City as a Service -concept responds in a completely new way to the growing and diversifying service needs of its citizens. Espoo strongly supports the collaboration between industry and academia and creates novel opportunities for the commercial success of innovations. Espoo is a pioneer of sustainable development and it can be benchmarked from various perspectives. It is a great pleasure to cooperate with Espoo”, further stated Ari Ahonen, CEO of Technology Academy Finland.

The Millennium Innovation Forum is scheduled to be held on 26 May 2020. The event will celebrate the awarding of the Millennium Technology Prize, one of the most prestigious awards for innovations that have led to the improvement of the lives of citizens.

The Forum itself focuses on the technological collaboration across borders and places a special emphasis on its intersectional approach. Both the organisers and the local authorities of the city of Espoo are adamant in their belief that only through cooperation between people and public and private enterprises, can breakthrough that improve citizens’ lives be achieved.