Espoo presents its vision for the future 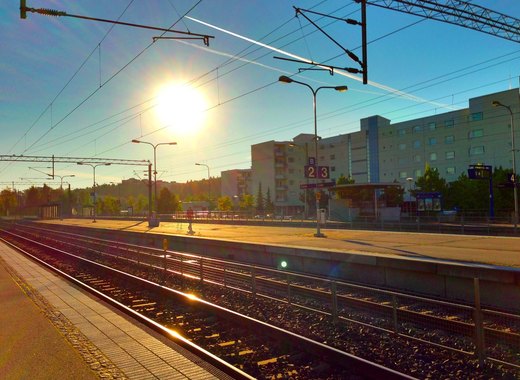 Local authorities in the Finnish city of Espoo will unveil the master plan for the development of the city’s northern and central parts. Within it, the government will outline the general direction of how the city will evolve over the next few decades and how it will tackle the challenges of the future.

Putting people and the environment first

With the master plan’s main goal being the determining of the future path of development of the city, authorities have focused on two main areas – namely the comfort of residents and the promotion of different transport alternatives.

When it comes to citizens comfort, the master plan envisages an overhaul of how housing will function in the northern and central parts of the city. In the future, residents of Espoo will have the opportunity to choose between living in densely populated centres or newly constructed single-family house areas.

The densely populated areas will be designed in order to satisfy all the administrative and lifestyle needs of residents. Furthermore, they will adhere to the highest environmental standards and will feature an abundance of green spaces and water bodies as well as many recreational areas. The denser construction in different parts of the city will also allow for nature to reclaim different areas and will make the city greener as a whole.

In terms of transportation, the city of Espoo aims to make it easier to travel by using buses, railways and bikes. The new master plan will allow for the continuation of existing projects as well as for their expansion to new parts of the urban area. More importantly, new and vital connections will also be established linking other parts of the region, thus eliminating the need for highly polluting mobility options.

Espoo’s local government is also placing a special emphasis on developing cycling links between different parts of the city, thus creating ample opportunities not only for recreation but also for work and school commuting.

This vision, which will be officially presented on 7 September, is the fruit of intense cooperation between authorities and many stakeholders and interested parties who have jointly shaped their vision for a greener and healthier Espoo.