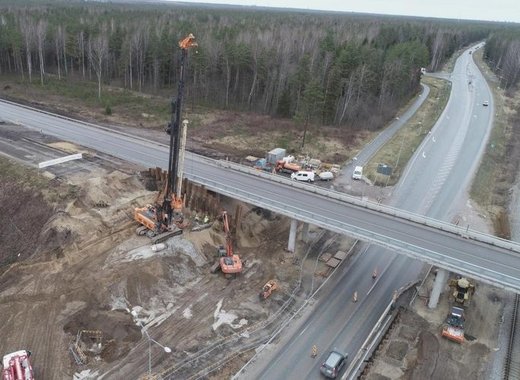 Estonian municipalities will receive EUR 30 million of additional funding for road maintenance from the supplementary state budget for 2020, which the Riigikogu (Parliament) is expected to approve today, local media reported. This would effectively double the municipal expenditure for road construction and reconstruction in the country set aside for this year.

The Ministry of Economic Affairs and Communications has dispelled rumours that the extra money is linked with a plan to hand over the maintenance of state roads to the municipalities. The head of the Road Service at the ministry Julia Bergstein, quoted by Postimees daily, recalled that Estonia’s Road Administration is enjoying a record-high budget of EUR 215 million earmarked for road investments this year (EUR 190 million from the state budget plus EUR 25 million European Union funds).

She pointed out that the additional money will be allocated to local governments via the support fund using the current formula of 1:5. According to the adopted formula, the total number of kilometres of local streets and roads in a municipality is divided by five to calculate the amount of subsidy the municipality is entitled to.

The municipalities which will get the largest allocations are Tallinn, with over EUR 3,4 million, Saaremaa municipality, EUR 1,4 million, Tartu, EUR 1,2 million, and Pärnu, over EUR 1 million. The ministry wants municipalities to spend the additional money primarily for the repair of gravel roads or surfacing them with asphalt, especially in areas with public transport.

Pärnu seeks government help for the construction of a new bridge

Meanwhile, the Mayor of Pärnu Romek Kosenkranius has requested EUR 12 million in government funding for the construction of the city's new bridge, vowing that the remainder of the costs would be covered by the city budget. The total cost of the bridge, named "Luik" (swan), is estimated at approximately EUR 22 million. The architectural competition for the design of the elegant facility has been won by a team from Fidele OÜ construction company.

The design of the bridge to be built in Pärnu. Photo by Fidele OÜ

"We want to start construction work in the spring of 2021. The new bridge, as an important object for Pärnu and Estonia, will provide work for the construction sector, revitalizing the post-crisis economy and have a positive environmental impact by reducing urban car traffic in the city centre," said the Mayor, quoted by public broadcaster ERR.