99% of all government services are available online 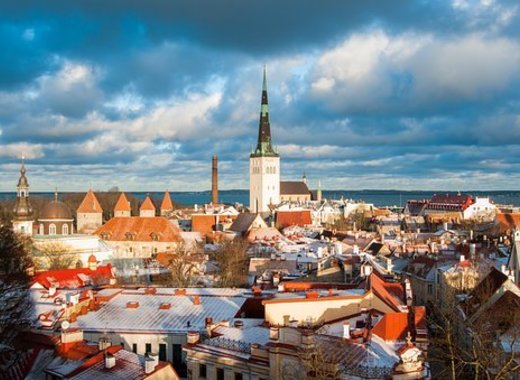 From filing taxes to accessing medical records to voting, 99% of all government services in Estonia are available online. Accessed at the state portal using an ID card and a pin code, the former Soviet nation is the first in the world to declare the internet a social right. In fact, in less than 30 years, Estonia has gone from being an impoverished member of the Soviet Union to one of the most technically advanced countries in the world.

Taxes too are done online. The government fills in all the forms with information as reported to it. Taxpayers just need to review and approve. Two clicks, and within three minutes in most cases, taxes are done. Everything is confirmed instantly using your ID card and pin code to create what amounts to a “digital” signature. It’s a series of numbers with a timestamp. Estonia is serious about cyber security. A main way it protects digital information is with technology called Blockchain. It’s a way of decentralizing and authenticating data to prevent hacking. It’s most famously used by the cryptocurrency, Bitcoin. Estonia is the first country to use it on a national level.