Estonia is to electrify its entire rail network by 2028 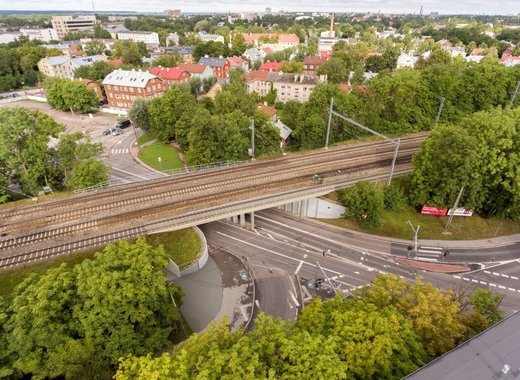 Estonia has reaped many economic benefits following its accession to the European Union. The Baltic country, for example, has managed to overhaul hundreds of kilometers of railways and the surrounding infrastructure thanks to support from the Cohesion Fund. But modernization of the network is far from over, since much of the railways, serviced by a combination of electric and diesel trains for both passengers and freight, still date back to the 1960s.

Tuning to this need, state railway company Eesti Raudtee has voiced plans to electrify the entire rail network in Estonia by 2028. Erik Laidvee, head of the rail track operator, made the announcement in a recent television interview.

Laidvee reiterated that the rail network’s only electrified section connects the capital city of Tallinn with Aegviidu and that further electrification is needed to reach Tartu and other regional stations.

Work should start in 2022. The plan foresees building first the electric infrastructure of the Tallinn-Tartu stretch, which should be complete by 2024.

Electrification of the entire 800-km network, including the nearly 200 km section on which Elron commuter trains run to Tallinn and back, should be over by 2028, Laidvee promised.

Regarding the funding of the massive project, Sven Sester, Chairman of the economic affairs committee of Estonia’s unicameral parliament (Riigikogu) said that the bulk of the costs would be covered by about €300 million. This sum could increase, however, given Eesti Raudtee’s annual renovation and renewal needs, Sester warned.

According to Eesti Raudtee estimates, electrifying the entire rail network should lower operating costs by about one third. As for the effect on the carbon footprint, the planned electrification of train transport will bring down the level of overall road traffic CO2 emissions in Estonia by about 10 percent.