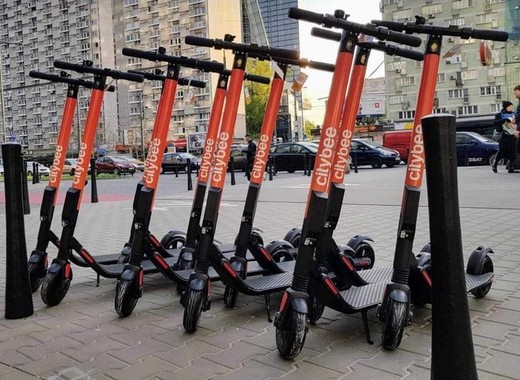 Estonia was lagging most other EU member states in introducing electric scooter rental services. The increasingly popular transportation mode among tourists and residents alike became available in the Estonian capital Tallinn in June 2019 with two providers, Citybee and Bolt, rolling out their models for public use.

And while the service has so far skipped other Estonian towns, the noiseless, agile and compact vehicles fast became a part of the central Tallinn landscape before being shelved in late October for the winter. Even this short period was not devoid of accidents, however. In July, for example, a 24-year-old man, driving under the influence, fell off a scooter to avoid hitting a pedestrian and injured himself.

The growing number of rented and privately owned e-scooters in Tallinn and the associated safety concerns prompted the authorities to use the winter recess to draw changes in the rules for the use of such vehicles.

As the Ministry of Economic Affairs and Communications announced today, a draft amendment to the Traffic Act, which would establish regulations on the use of "light electric vehicles", including e-scooters, had been sent for approval by the coalition government, public broadcaster ERR reported. To take effect, the changes would have to be put to a Riigikogu (Parliament) vote.

Under the new provisions, e-scooters would be put in a new category of "light-duty" vehicles alongside electric skateboards, hover boards, Segways and the like. In this way, users would be treated by the law as "pedestrian drivers" and would be subject to similar requirements as apply to car drivers, including a ban on driving while intoxicated.

A "light-duty" vehicle is a single-person vehicle, propelled by an electric motor with a maximum power rating of 1 KW and a maximum speed of 25 km per hour. The vehicle must have a functioning break system and a signal bell, as well as reflectors or lights, with some exceptions applying to vehicles with a steering wheel. Drivers aged 10-15 would need a permit to ride a bicycle and must wear a helmet while riding.

E-scooters, rented and privately owned, would remain confined to sidewalks and cycle lanes.