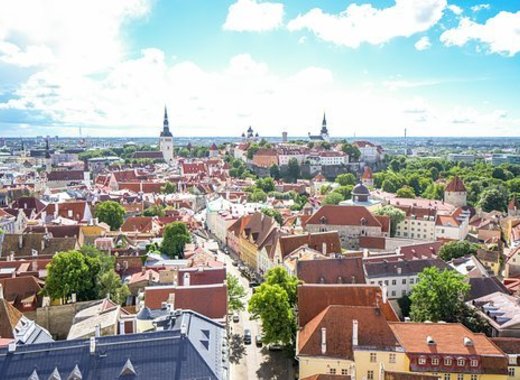 A nationwide project equiped classrooms with computers as far back as 1998 and all schools were online. In 2000, when the government declared internet access to be a human right, the web spread into the boondocks. Free Wi-Fi became commonplace. Rubber stamps, carbon paper and long queues gave way to “e-government”. The private sector followed: the sale of Skype to eBay in 2005, for $2.6 billion, created a new class of Estonian investors, who made tens of millions of euros from their shareholdings—and have been putting their experience, and their windfalls, to good use. Today Tehnopol, a business hub in Tallinn, the perky capital, houses more than 150 tech companies.

In 2007 Estonia became the first country to allow online voting in a general election. It has among the world’s zippiest broadband speeds and holds the record for start-ups per person. Its 1.3m citizens pay for parking spaces with their mobile phones and have their health records stored in the digital cloud. Filing an annual tax return online, as 95% of Estonians do, takes about 5 minutes.