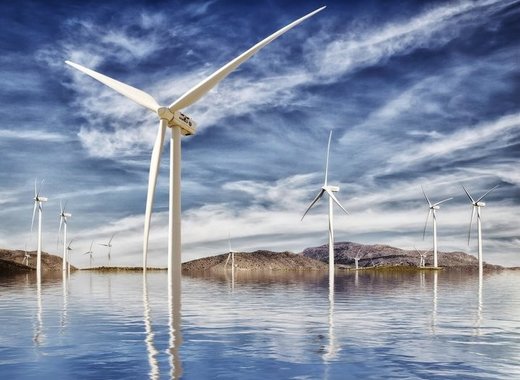 The Estonian government seems to soften its opposition to the construction of a 100-turbine offshore wind farm off the southwestern coast of the island of Saaremaa and now the private project looks set to move forward, public broadcaster ERR reports.

The deadlock was broken by a cooperation agreement between Saare Wind Energy and Dutch company Van Oord to join forces in the €1.7 billion project. The deal was brokered by the Estonian Investment Agency.

The project came to a halt last year due to national security concerns and the government refused to issue a construction permit for the windfarm. Saare Wind Energy, the company behind the project, is appealing the no-permit decision.

According to the original Saare Wind Energy plan, the wind farm would comprise 100 six-megawatt turbines, located 10 to 27 kilometers offshore. The complex would also include an offshore substation, an onshore connection to the electricity grid, and connecting cables between the two units.

Siemens electric wind turbines, which were the contractor’s choice, would generate electricity at wind speeds of 3 to 25 meters per second. Prevailing winds off Estonia's west coast generally fall into this range.

The turbines would stand 800 to 1,100 meters apart. Their towers, including the blades, would have a  maximum height of 180 meters with base area of up to 500 square meters each and foundations as deep as 20-35 meters.

The mammoth wind farm was projected to produce 2,800 gigawatt hours of electricity annually. This would mean commanding 28.8 percent of Estonia's total electricity output in 2018. In terms of the country’s renewable energy production, the share jumps to 170 percent for that same year.

The final location of the wind turbines and the offshore cable route corridor will be determined following stringent environmental impact assessment. Suggested sites on the mainland for the submarine connecting cables were Häädemeeste in Pärnu County, and Virtsu in Lääne County.

Saare Wind Energy is owned by Estonian businessmen Veiko Väli and Kuido Kartau. Van Oord is a Dutch-based international marine construction company, involved in stellar projects such as the Palm Islands archipelago off the coast of Dubai.