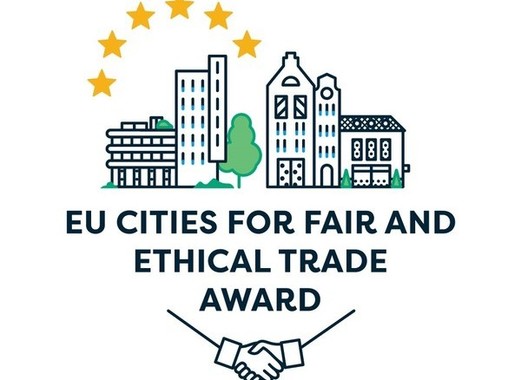 This year cities doing well in terms of fair and ethical trade will be able again to apply and win one of the newest awards set up by the European Union. The EU Cities for Fair and Ethical Trade Award 2021 application period starts in just a week (Tuesday, 4th February 2020) and will close on 12 June 2020.

According to the official website, the “EU Cities for Fair and Ethical Trade Award” celebrates EU cities who champion more sustainable trade, consumption and production, thus creating opportunities for producers elsewhere. Through knowledge-sharing and networking opportunities, the Award helps connect cities, allowing them to learn from each other and collaborate for greater impact.

Initiated by the European Commission’s Directorate-General for Trade and implemented by the International Trade Centre, the award celebrates its second anniversary this year. It has the objective to recognise the efforts of EU cities to improve the consumption and production patterns and create a unique platform for them to learn, share and scale-up their sustainability initiatives. Finally, these practices are in line with the Sustainable Development Goals (SDGs), and with SDG12 in particular on more responsible consumption and production.

The first edition of the Award took place in 2018, when the city of Ghent was declared a winner. Hence, they will be hosting the award ceremony of the second edition, when the next city to own the title will be announced.

The application will be open to cities in the European Union with compelling vision, strategy and objectives, which implement relevant policies and support them with activities and initiatives that really make an impact.

Starting February, a number of educational webinars will be scheduled to help cities better prepare their applications.

The evaluation of the submitted bids will last until August and in September the shortlisted candidates and the winner will be announced by a jury. The award ceremony will take place in October 2020 in Ghent, Belgium.