At an event hosted by the European Commission in Bulgaria, Commissioner Gabriel engaged in a back-and-forth with citizens 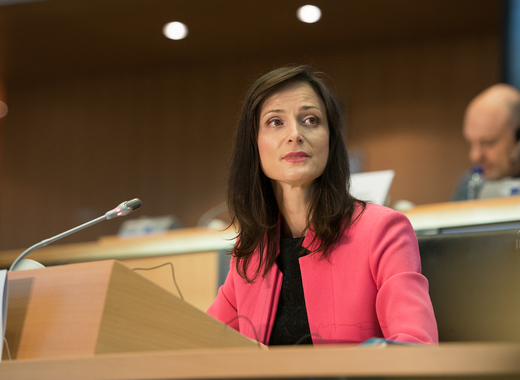 At an event hosted by the European Commission in Bulgaria, EU Commissioner for Innovation, Research, Culture, Education and Youth, Mariya Gabriel presented the Union executive’s approach to the future.

The event called Horizon Europe: Science responds to modern challenges, is part of the wider EU Dialogues initiative that aims to establish a link between the Union’s institutions and citizens.

The EU’s Horizon Europe programme aims to take science and innovations outside of the classrooms and laboratories and to use them to improve the lives of all citizens by streamlining funding and research initiatives into several key mission areas – namely Adaptation to climate change including societal transformation; Cancer; Healthy oceans, seas, coastal and inland waters; Soil health and food; and of course Climate-neutral and smart cities.

The event itself, as the initiative’s name, #EUDialogues, would suggest, was a constant back and forth – with Commissioner Gabriel taking questions directly from citizens and answering their concerns about the Horizon Europe programme and the EU’s overall approach to the future.

Here are some of the most interesting answers Commissioner Gabriel gave to citizens:

In summary, Commissioner Gabriel reiterated the Commission’s approach to citizen engagement – as without the proper input of constituents, all the work done by EU institutions might be for nought.