EU states under siege due to the coronavirus spread

WHO declares Covid-19 a global pandemic, Trump suspends all travel from most of Europe 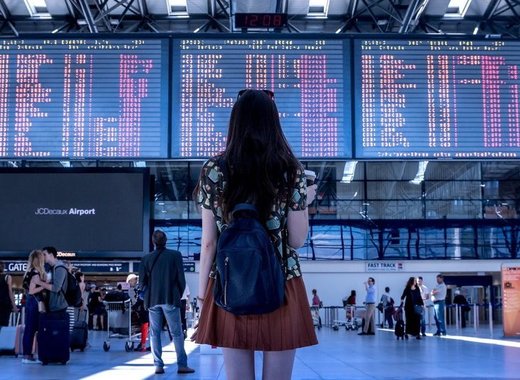 In a bid to contain the spread of the coronavirus, US president Donald Trump declared suspension of all travel to the United States from most EU nations for 30 days. The restrictions will apply to the 26 members of the Schengen border-free area of the EU, which does not include Ireland (with 43 coronavirus cases and one fatality) and the UK.

"The European Union failed to take the same precautions and restrict travel from China and other hotspots" as the US, Mr Trump said, quoted by RTE. "As a result, a large number of new clusters in the United States were seeded by travellers from Europe."

Trump’s move follows the announcement of the World Health Organisation on Wednesday, which officially declared Covid-19 a global pandemic. The virus has so far infected 126 380 people in some 114 countries, killing 4 500. Italy, which has declared a complete lockdown, remains the most affected EU state and second only to China in size of the epidemic. Kosovo and Montenegro remain the only “coronavirus-clean” European countries so far.

The European response to the pandemic has been described by many commentators as belated and piecemeal.  Embattled EU-27 leaders held a teleconference on Tuesday evening to discuss measures meant to contain the spread of the virus and mitigate the economic fallout. In the absence of a unified stance, member states are imposing their own restrictions.

Hungary, with 13 confirmed cases, announced yesterday a state of emergency to stem the coronavirus spread, MTI reported. The government ordered a ban on travellers from Italy, China, South Korea and Iran, except for Hungarian citizens arriving from those locations. The latter will have to stay in isolation at home for 14 days after arrival.

As part of the preventive measures introduced by Budapest municipality, passengers will be able to board buses using all doors instead of only the front door to prevent overcrowding. Public transport vehicles will be disinfected more often.

In Sofia, Bulgaria’s capital and largest city, three cases have been identified, one with lethal issue, including an elderly couple with underlying conditions and a medical doctor who fell ill after attending conferences in Spain and the UK. Four more patients who have tested positive are being treated in the cities of Pleven and Gabrovo.

Following the Operative Headquarters’ guidelines, Bulgarian municipalities have introduced measures to limit the spread of Covid-19 regarding hospitals, institutions and events. Public transport in Sofia is undergoing thorough disinfections.