Europe Day 2019 - Standing on the precipice

On the eve of Europe Day, we take the opportunity to reflect on where the world is going and what is Europe's place in it 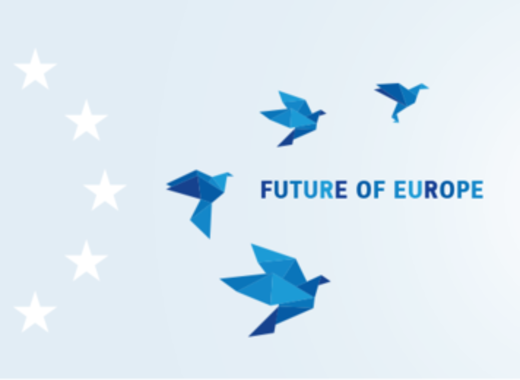 “The death of the European Union”, “The EU at a breaking point”, “The European Union is breaking apart”, “Is this the end of the European Union?” – these are the types of headlines we’ve been seeing from English-speaking media for the last couple of years – both tabloids and high-profile networks. If we were to believe the articles and opinion pieces coming from the US and the UK, we would be left with the image of Europe being overrun by migrants on the verge of collapse under its own bureaucratic weight. But that is quite far from the truth.

On the eve of Europe Day, the day we celebrate the establishment of what later became the European Union, we owe it to ourselves to look the truth in the eye – the good and the bad things that are happening around the continent.

2019 is shaping up to be one of monumental importance to the EU. Elections are coming up in less than a month, Brexit might finally happen, and some European leaders are waking up to the reality that the post-war world order, on top of which our societies are built, is changing.

The end of an era

The unipolar world created after the end of the Cold War is cracking at its seams. The resurgence of Russia on the global stage and the seemingly unstoppable economic might wielded by China are challenging the hegemony that the United States have comfortably enjoyed for the past 30 years. The European Union meanwhile is nowhere to be seen. After the reunification of Germany and even prior to that, European states have been more than happy to let the US handle the world’s crises as it sees fit. The EU enjoyed playing the role of moral police, preaching values, human rights and democracy while the United States did the heavy lifting. European capitals have been more than eager to heckle even Washington on its foreign policy. But the time of cheering and booing from the sidelines is over. Ever since the election of Donald Trump, the transatlantic relationship has been under enormous pressure – the Americans are no longer content with the arrangement of “paying for the defense of the EU” without getting anything in return.

In the face of threats from the outside and the uncertainty of the EU’s relationship with its most vital strategic partner, a realignment is underway. Calls for integrating European foreign policy and defense spending, even going so far as stating the need for a European army would have been unimaginable 20 or even 10 years ago. Now they’re commonplace – a regular cornerstone of political discourse. European leaders are witnessing the inevitability of change – they can no longer rely solely on the Union’s soft power to defend its interests; they can no longer even count on the United States to uphold the rules-based world order.

After enjoying decades-long peace and prosperity, Europe must be ready to change and adapt to fit a new reality – one of competition between great powers and empires.

Brexit - what many right-wing populists believed would trigger a chain reaction and ultimately bring about the end of the European Union is probably the most overblown prediction of the Union’s demise. The colossal mishandling of the negotiations by the UK government combined with the surprising unity displayed by capitals across the continent resulted in quite the opposite outcome. According to Eurobarometer surveys, support for the European Union is at an all-time high, citizens believing that their country has benefitted from membership are also at record numbers. The effects of the Brexit process on the European project have been a surprising boon to pro-EU forces.

Not only wasn’t the domino effect triggered, but quite the opposite. After the obvious failures of the UK political class to “make a success of Brexit” (whatever that means) became apparent, all mainstream Eurosceptic parties across the continent went through a drastic tonal shift. If we take a look at the party programmes and election manifestoes of France’s Rassemblement national (National Rally, formerly known as National Front) or Italy’s Lega Nord (Northern League) we will find that calls for exiting the EU or abandoning the single currency have been replaced with desires to reform their institutions.

The effects of Brexit on the party dynamic in the European Union are already being felt. And the reality is quite different from the gospel preached by the doomsayers.

A massive study, encompassing 17 EU countries was carried out by the European Council on Foreign Relations. The data itself is quite interesting and everyone should check it out for themselves, but let’s focus on one of the main takeaways.

The attempts of some parties to shape the EU elections dialogue through the topic of migration are very likely to fall on deaf ears. Migration is not citizens’ main concern. The myth that people everywhere in Europe are afraid of the (nonexistent) incoming hordes of people is empirically proven to be false. Worries about an economic downturn or climate change trump the issues citizens have with migration almost everywhere in the continent. Basing your whole agenda on the topic will likely turn out to be a bad strategy as migration is not as important as it was in 2015.

Meanwhile, both the data presented by the ECFR and Eurobarometer gives quite the distinct impression that citizens across the continent are aware that their own countries are incapable of dealing with global issues by themselves. The desire for more cooperation on important topics such as security, climate policy etc. is glaringly obvious. And again – parties that focus on the tearing down of the EU’s institutions rather than their reform or reinforcement will probably be seen as destructive by voters, rather than forward-thinking.

So, what’s the main takeaway? On the eve of Europe Day, dispel the doom and gloom that’s clouding your news feeds, spare yourselves from the lies and misconceptions that lurk around every corner. The European Union is far from perfect and is certainly in need of a refurbishing but it’s also not on its death bed, quite the opposite. A project built on the back of constant crises is not about to come crashing down because of a few (in the grand scheme of things) minor speed bumps.