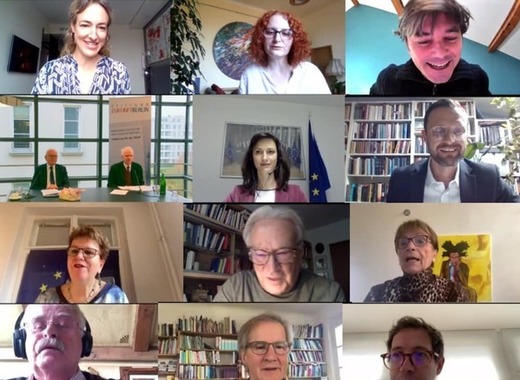 The EU Commissioner for Culture, Mariya Gabriel, was one of the main speakers at a video conference that took place on 8-9 November in Berlin and was dedicated to creating a Common Action Agenda for the Union. Such an agenda is meant to engender shared responsibilities between European and regional authorities, and the citizens towards using culture as one of the driving engines for economic recovery moving forward.

The name of the conference was “A Common ‘Action Agenda’ for a Europe Bottom-up”, organized within the ‘Soul for Europe’ annual initiative.

An initiative supported by important cultural stakeholders and actors

The video conference served as a round table forum between European officials, represented by Commissioner Gabriel but also active and former Members of the European Parliament and culture sphere stakeholders, such as the European Festival Association. The draft on the Action Agenda that was presented at the conference was meant to serve as the stepping stone for concrete agreements and collaborations in the future.

Mrs Gabriel emphasized the role of cities and regions in that action plan and gave as examples successful European initiatives, such as “European Capitals of Culture”, “Cultural Heritage in Action”, “Cultural and Creative Spaces and Cities. She stated that the goal for the next two years is to give access to this type of programmes to the maximum amount of cities and regions.

“Even today we have good practices and examples showing the role of regions through culture to contribute to economic and social development. We aim for this information to be accessible to all regions and to become an opportunity through the joint action plan that we are preparing with the Committee of the Regions,” added Mariya Gabriel.

She also welcomed the European Parliament’s proposal for setting aside 2% of the EU’s recovery plan towards stimulating the cultural and creative sectors in the 27 countries. In her opinion, it was important for the entrepreneurs involved in those sectors to go for a greater synergy with the scientific innovation and sustainability, giving as an example the new intersectional project called the European Bauhaus.