European elections: Race to the top

Who do we think will take over custodianship of the Barleymont building from Jean-Claude Juncker? Find out in our look at the race for President of the European Commission. 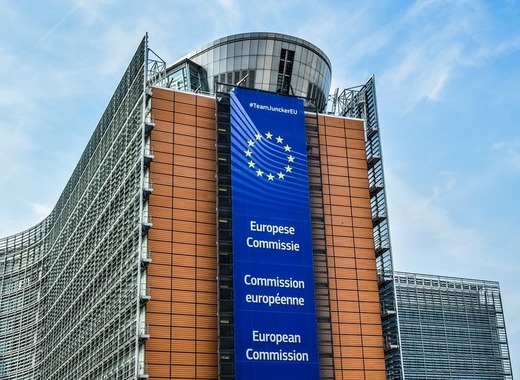 The main prize that’s up for grabs in a post-European elections world, besides all the cozy European Parliament seats and the accompanying benefits and salaries, is the post of European Commission President. Heading the executive arm of the European Union, the future appointee will have pretty big shoes to fill – he will be inheriting the post from Jean-Claude Juncker, one of the most well-known faces coming out of Brussels. For the most part Mr. Juncker’s distinguishability can be accredited to his own demeanour – be it his unapologetic humour, his familiarity with EU leaders like German chancellor Angela Merkel or Hungarian “dictator” Viktor Orban, or his alleged fits of alcoholism. But there is another factor – he was the first ever frontrunner for the post of President of the European Commission of the European People’s Party, its so-called “Spitzenkandidat”. Although a German word meaning “lead candidate”, it has taken on a life of its own and is being freely used in media outlets across the continent and by politicians, regardless of language or nationality.

The Spitzenkandidat process was first used in the 2014 European Elections as a method to drive citizens’ engagement in EU affairs and give the European Parliament a bigger say in the overall politics of Brussels. The European Council was not particularly fond of the process as it saw in it an attempt of power-grabbing by other European institutions. But in the end, they relented, and chose Jean-Claude Juncker, the Spitzenkandidat from the biggest party, as European Commission president (being liked by most EU leaders didn’t hurt his chances either).

So that’s a very brief summary of the very brief history of the Spitzenkandidat process. Over the last couple of years there have been many debates regarding its legality and its overall place in EU politics. Suggestions ranging from completely scrapping the process and kicking the ball back into the Council’s court to emboldening it by creating party transnational lists have been considered. All attempts to shake up the process amounted to nothing, so it remained pretty much the same – a form of ceasefire between EU institutions, probably until the next elections. Provided it survives.

Currently all parties (save for one) are participating in the process. The EPP has nominated its parliamentary group leader Manfred Weber, the Socialists and Democrats have got first vice-president of the European Commission Frans Timmermans in their corner, the Greens are led by a gender-balanced duo and the Eurosceptics are presenting us with anti-EU hardliners ready to battle for the EU top job (wonder how that would work out).

The group that we intentionally omitted from our list is the Alliance of Liberals and Democrats for Europe. That’s because they are boycotting the process – not because they don’t like the concept (they championed it in the previous parliament), but because they think it didn’t go far enough. They were the party that insisted on transnational lists of candidates the most and wanted to see the European elections become truly European – with each party having its own single candidate list for all member states. And as normal human beings usually do when they don’t get what they want, they embrace reality with grace. Except we all know that people aren’t like that, so instead the liberals are doing their very best to smash the process to pieces and are giving us not just a single candidate, but seven. Some of them are well known not only in Europe but are also international superstars – such as European commissioner for Competition Margarethe Vestager (“the EU’s tax lady”, as Donald Trump calls her) or ALDE leader Guy Verhofstadt (Brexiteers’ version of the Antichrist). The other candidates include members of centrist parties from Spain, Hungary, Slovenia and Germany and ex-EU commissioner from Italy Emma Bonino.

As it currently stands, and as the polling suggests, the European People’s Party is going to be the biggest party in parliament, but it might be very hard to find a majority for its Spitzenkandidat Manfred Weber. Thanks to his attempts to appease and shield Hungarian Prime Minister Viktor Orban from MEP scrutiny, his lack of enthusiasm for more ecofriendly policies and initiatives, his non-existent record of holding executive office and due to the fact that he’s German (Bavarian, technically), he has become the go-to punching bag of the more progressive groups in parliament. Constant Weber-bashing has become a common pastime on the campaign trail, potentially seriously hindering his prospects of findings a supporting majority that leads to him becoming president of the European Commission.

But the situation looks even worse for everybody else. None of the lead candidates will command a majority and it is doubtful that any of them will be seen as a compromise candidate. In comes Michel Barnier – the EU chief Brexit negotiator. A Frenchman, from Angela Merkel’s political family – the EPP, popular among mainstream parliamentarians thanks to his very Brussels-esque approach to the Brexit negotiations and experienced in the executive branches of government – first as a minister in France and later as an EU commissioner. He is pretty much everything that Manfred Weber isn’t. Political analysts (and betting sites) have been pointing at him as being the 2nd most likely choice for president of the European Commission, after his colleague from the EPP, despite not being any party’s Spitzenkandidat. Thanks to his popularity and recognisability and Weber’s lack of such, Michel Barnier has only one big obstacle ahead of him – being the EU’s chief Brexit negotiator, the very position that brought him into the international spotlight. Eurosceptics often claim that Brussels bureaucrats are ready to change the rules of the game if it suits them – and it’s hard to argue with that point. Michel Barnier’s prospects of becoming president of the Commission are not harmed by the rules, because they are not set in stone and are subject to change. Instead, the greatest danger his (hypothetical) candidacy faces, is being stuck in Brexit purgatory for eternity.

Taking into account the reality of the situation, it seems more and more likely that the Spitzenkandidat process is unlikely to survive the 2019 elections in its current form. The boycott by its original proponents, the lack of legal obligations for the Council to be bound by it, the increasingly unlikely prospects of Manfred Weber to succeed and the lack of a real campaign and clash between main rivals (which was kind of the whole point) all point to the fact that probably no one will be bothered to try it again in 5 years.

If you’ve stayed with our analysis this long, you’ve probably gathered that gazing into the EU crystal ball is not giving any straight answers. Instead, we have tons of options, hundreds of variables and heaps of what-ifs and maybes.

By 26 May, whenever your country is holding the elections, you will have had the opportunity to influence the future of a whole continent. Doesn’t matter if you vote liberal or conservative, left or right, pro-EU or Eurosceptic – your voice will be resoundingly heard by the EU institutions. Don’t let anyone tell you that it’s pointless to vote in European elections, claiming that in the end Brussels will be Brussels and it will do whatever it wants away from prying eyes. The winds are changing all over and even “unelected bureaucrats” won’t be able to weather the storm. So be the breath of fresh air that sweeps through the Parliament building(s) and go out there and vote.