The budget’s ultimate adoption, however, could be under threat 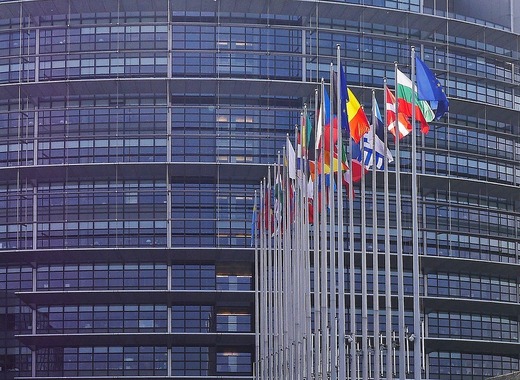 After months of political wrangling, representatives of the European Parliament and the European Union’s governments have finally reached an agreement on the bloc’s next 7-year budget. These negotiations were made especially difficult due to the coronavirus pandemic which created the need not only for additional resources to be allocated to authorities across the continent but also for that to happen in a quick manner and under greater scrutiny.

Unsurprisingly, the pandemic also led to great shifts in the thinking of many politicians who saw the need for a quick economic recovery post-COVID as the greatest of all priorities – at the expense of other areas that were supposed to play a bigger role prior to the outbreak.

For the European Parliament, which must ultimately approve the budget, there were two main issues – the allocation of funding to some areas (or the lack thereof) and linking the spending of European funds to rule of law requirements.

At first, the greatest casualty to the negotiations for the next Multiannual Financial Framework (MFF) were some of the European Parliament’s favourite programmes – Horizon, Erasmus and other health and research-related fields.

Back during the negotiations in the Council, national governments were quick to gut them in favour of providing additional funds for other policies that they saw as more beneficial in the short and mid-term, in terms of coronavirus response.

After arduous negotiations, however, the Parliament managed to get what it wanted – namely significant increases precisely to those programmes that the Council wanted to cut. Furthermore, it managed to secure an agreement on the spending of the budget in relation to the European Union’s climate targets. As a result, some 30% of Union’s budget will be used in support of climate-friendly projects, initiatives and policies which are essential for Europe’s climate transition and transformation envisaged under the European Green Deal.

Perhaps one of the most impactful outcomes of the negotiations in the European Council was the decisions that the European Union needs a way to generate its own income – namely its “own resources” to finance the debt that it will take on on behalf of national governments as a response to the coronavirus pandemic.

Negotiators in the parliament managed to successfully lobby for the creation of a roadmap for the introduction of these new “own resources” which they see as essential for the European Union’s long-term future. The roadmap will be legally binding and is a significant leap forward in expanding the European Commission’s jurisdiction in field it previously had little sway over.

Rule of law – the bane of populists

Thinking that the it will all be smooth sailing from here, however, would be a mistake. The most important and dividing issue during the negotiations – both between national governments in the Council and during the talks with the European parliament has been the establishment of a link between spending and rule of law.

This link has been specifically opposed by two countries – Poland and Hungary. The two countries’ governments are both facing Article 7 procedures and have been systematically questioned by the EU’s institutions on the rule of law, the independence of the judiciary and other similar matters.

And while both Viktor Orban and Mateusz Morawiecki initially both initially signed up to the establishment of such a link during the days-long European Council negotiations, the former is now threatening to veto the entire budget over the issue (the European budget must be approved unanimously by the EU’s heads of state).

While it is currently too early to know whether Orban is bluffing, the European Parliament has also threatened to veto the budget if the rule of law mechanism isn’t introduced, paving the way to a standoff between the Council (or some parts of it) and MEPs.

Nonetheless, such talks could amount to nothing but bluster. The negotiations so far have allowed everyone involved to proclaim themselves a winner and as all things European it is the best form of compromise – the one that ultimately leaves no one satisfied.