In an open letter published today, 210 mayors also call on the Council and Member States to halve emissions by 2030 and reach a net-zero by the mid-century 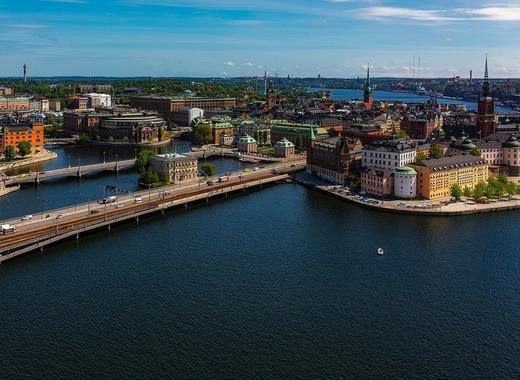 Mayors and leaders of 210 European cities, representing 62 million citizens have urged the European Council and Member States to step up the EU’s climate commitments, to show global leadership and drive ambition to make rapid progress in the implementation of the Paris Agreement. In an open letter published ahead of Future of Europe conference (Sibiu, Romania on 9th May 2019) they call for enhanced targets to ensure rapid and just energy transition, and an end to fossil fuel subsidies.

The open letter was signed by leaders of cities in 21 EU member states and 7 neighbouring countries, including Anne Hidalgo, Mayor of Paris and Chair of C40 Cities. "Climate change is a threat to all Europeans regardless of their social background or political beliefs. Mayors from large and small cities, right across Europe recognise the urgency of the challenge ahead and are implementing bold climate action on their streets. EU decision makers must set aside their differences to take the ambitious and courageous decisions needed on climate action. The future of Europe must be as a global climate leader. Future generations will not forgive us if we fail to act while there is still time." – Ms Hidalgo says.

“I am very proud that many cities have already taken ambitious steps towards a net zero economy but limiting warming to 1.5C requires the involvement of all political levels. It is time that European and national leaders fully commit to and start working for a climate neutral Europe by 2050, together with our cities." joins Anna König Jerlmyr, Mayor of Stockholm and President of EUROCITIES.

“Now is the time to act to avoid the worst consequences of climate change. We have to listen to science and take the IPCC report seriously - it is very likely that we only have until 2030 to limit climate change effects. We need a rapid and deep transformation to a more sustainable and just society for the benefits of our citizens, and should commit to a net-zero emissions target by 2050. Freiburg will continue to implement ambitious climate measures to safeguard the well-being of our and future generations.” - Martin Horn, Mayor of Freiburg and Chair of ICLEI Europe