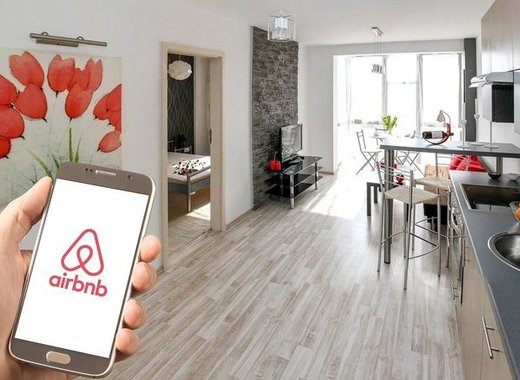 The Court of Justice of the European Union (CJEU) ruled on Thursday that the internet-based accommodation-booking service Airbnb does not need an estate agent's licence to operate in France.

France's Association for Professional Tourism and Accommodation (AHTOP) had complained that Airbnb was acting as a property agency without a licence in violation of a local act known as the Hoguet Law. The case threatened to disrupt the operation of the short-term rental service in the country.

The court however decided that Airbnb was not a property broker, but an "information society service" for the following reasons: Airbnb's platform was not simply an add-on service to a wider property business; property owners linked with Airbnb were able to offer their homes for rent through other channels; Airbnb did not determine the rental price charged by home-owners.

The judges also drew a distinction between Airbnb and car-sharing company Uber.  In December 2017 CJEU ruled against Uber which it found to be a taxi company proper and not an "information society service". The court said the two cases had nothing in common because Airbnb did not have a "decisive influence" over the accommodation offered on its platform.

Airbnb does not determine how much owners charge holiday-makers for their property, and lets owners choose which apartment or home to rent. Uber, on the other hand, sets the fare for car rides in its app, and assigns each passenger a driver.

The court also stated that the French authorities had failed to inform the European Commission about the Hoguet Law at the time the EU directive on electronic commerce was being prepared. This was a key argument used by Airbnb lawers, who had based their defence on the premise that the platform was protected by “EU laws on electronic commerce”.

France's "failure to fulfil its obligation" could be used as a defence in future court cases, implied the court decision.

The pros and cons of internet home-booking services

Had CJEU ruled the other way it would have set a precedent that other EU regulators could have taken advantage of. Some European cities, Barcelona being the most flagrant example, have already subjected Airbnb to stringent regulation requirements while others like Amsterdam have a more relaxed policy.

Airbnb supporters argue that the service allows holidaymakers on a budget to find more affordable lodging while opponents accuse the platform of increasing housing costs for the city residents and degrading the neighborhood quality of life.

In Bulgaria, there are nearly 10,000 apartments rented through the Airbnb and Booking.com internet platforms. One third of them are located in the capital Sofia which is a preferred destination for foreign weekend tourists. Bulgarian authorities were planning initially to put these short-term accommodation facilities on a par with hotels, rating them with stars and placing them in the National Tourism Register. Later, under the pressure of the public and tour operators associations the idea was shelved. Now, the owners of such facilities will only need to register them and pay the due taxes and fees.