Eurovision returns next year in Rotterdam

The dates of the upcoming European music contest were announced 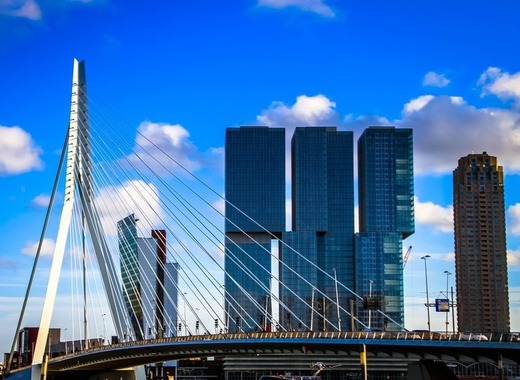 It is now clear that Rotterdam will be hosting the next edition of the most popular European song contest. Eurovision will be taking place on Tuesday 18, Thursday 20 and Saturday 22 May in the Ahoy convention centre in the Dutch city.

Covid-19 puts a halt to the song contest

Rotterdam was supposed to be this year’s organiser, but the event had to be cancelled due to the unfolding of the coronavirus pandemic. Back in March when the decision was announced, the local authorities together with the three organizing broadcasters (NPO / NOS / AVROTROS) declared their continued willingness to welcome the highly awaited event, despite the postponement.

The event will take place in pretty much the same setting as it would have happened, had Eurovision 2020 not been cancelled which is why the municipality of Rotterdam does not expect a big increase in the estimated cost of hosting the event.

According to Sietse Bakker, Executive Producer of the Eurovision Song Contest, the ambition for the next edition remains high. The organisers now have one year to work out the scenarios in detail alongside the relevant parties that are involved in order to make it possible whatever happens, regardless of the circumstances and, if necessary, with adjustments.

Hence, in the coming months, it will be decided which elements of the cancelled edition from 2020 will be kept for 2021. For example, the decors will be kept for next year, as will be the Dutch participant. However, Jeangu Macrooy will have to submit a new song for 2021.

Even tough ticket holders received the opportunity to have their tickets reimbursed a few weeks ago, only 4% of them requested a refund. This serves as proof of the exceptional value of the song competition and the eagerness with which the residents of Rotterdam are awaiting it. However, for those who will not be able to attend the event on the specified dates – 18-22 May, there is a second repayment round, planned to last until 26 June.