Expats named Copenhagen and Bern most livable cities in the world 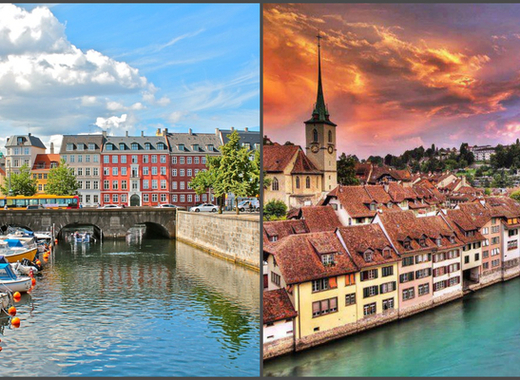 Every year, Global mobility expert ECA International evaluated cities on a range of liveability factors such as health services, infrastructure, housing, political tensions, air quality, leisure facilities and personal safety for its annual ranking. For the second consecutive year, Copenhagen and Bern have been jointly named as top of the 20 most liveable locations for European expats.