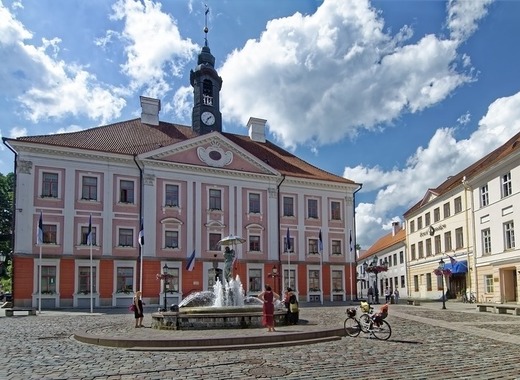 Through the newly introduced app Historical Tartu, visitors of the city will be able to experience its rich history. By putting on the portable Virtual Reality headsets and turning on the application, users will be taken on a journey through time – to 1913. What they will find are some of the most important and marvellous cultural and societal landmarks of Tartu – as well as some buildings which have either merged or no longer exist in the city’s current iteration.

Participants will be able to note the many differences and the changes that have happened in the city and its layout. The main point is for everyone to be able to experience a different vision of urban development through the use of new technologies. Such a use of virtual reality software is the first in Estonia.

Mairo Rääsk who is heading the project stated that “…the symbols of Tartu will become much more perceptible to the citizens and visitors of the city. a clearer idea and understanding of a former Tartu that no longer exists and can be brought to life only with the help of modern technology”

The project has been in development for two years at the University of Tartu. Over that time a master’s thesis was even written at the Faculty of Economics by its developers, based on a feedback survey collected from users.