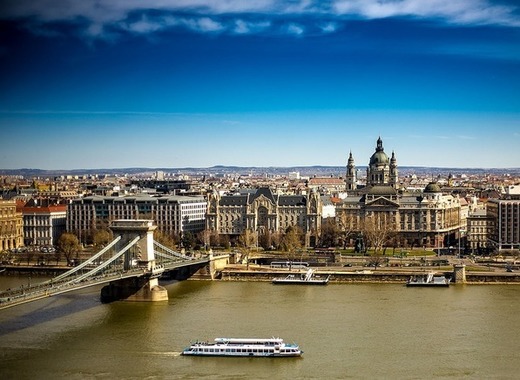 The Municipality of Budapest, is a partner in the Cities-4-People project. Its main objective is to develop, test and evaluate community-based transport solutions that can serve as a good example for other European cities, but can also be taken into account in the planning processes in Budapest.

The target area in Budapest is the section of the Buda side of the Danube between Margaret Bridge and the University quay. Pilot interventions tested between May and August 2019 will be part of a community planning process. The process started more than a year ago, during which time the mobility problems of the target area have been identified with the involvement of the population and other stakeholders, who jointly worked out on comprehensive solutions. During the interactive process, a list of interventions that responded to the challenges has been drafted.

One of the pilot interventions, the design of an urban walking route, already awaits visitors in August. The pedestrian route called "Buda Walking Trail" guides walkers, giving them an "offline" driving experience. The walkway runs between Elvis Presley Square and Elek's Fountain, touching green spaces worth visiting. The 5-km-long trail consists of 10 stops and lasts for about two hours. With 10 puzzles in the 10 areas of the walkway, the Metropolitan Municipality encourages people to walk the whole route.

During our daily commute, we may follow well-known routes and not even notice the precious neighbourhoods we are passing by. With the Walking Trail, the capital of Hungary wants to encourage city dwellers to strike out, walk, use public spaces, and (re) discover the city. The purpose of the path is also to create an active public space in the centre of the city, near the Danube, which will be occupied by the locals.

A video of the Buda Walking Trail by BKK Budapesti Közlekedési Központ is available below: