Fake News and Covid-19 – Where are we headed?

An address by Boyan Tomov, founder of TheMayor.EU to our readers and colleagues 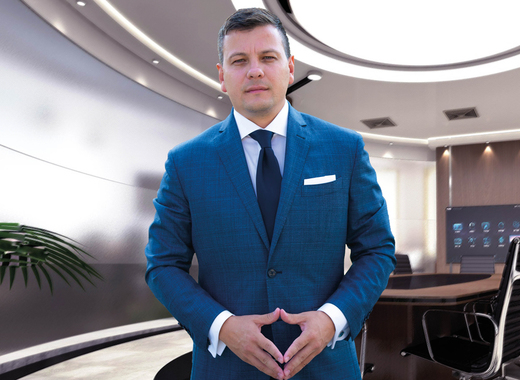 The global coronavirus pandemic has overturned our perceptions of the modern connected world. Its effects have long since surpassed the confines of the healthcare sector and we have yet to grasp the economic and social aftermath.

But we should not remain blind to a phenomenon that has also risen to prominence in these critical times in which the media play a significant role - the problem of misinformation and fake news.

So far, hundreds of cases of disinformation have been reported since the outbreak. False facts about the origin of the virus, about the inability of the European Union to fight it, about its impending collapse, about infighting between its institutions and member-states, about secret conspiracies of elites against citizens. Dubious remedies and medicines are also peddled as fact, while at the same time the scope of the dangers and the need for vigilance are being constantly downplayed.

I am convinced that all these fake news articles can, though indirectly, cause just as many crises globally as the coronavirus itself. They aim to undermine the credibility of the European Union and to make us doubt its capacity to act independently in times of a crisis.

Fake news is the great pandemic of the 21st century and there is no way to control them without all of our combined efforts - the institutions, the media and you - our readers.

A website or blog producing fake news needs minimal resources to sustain itself – its operations are incomparable to the cost and effort required to maintain a trusted information source and website.

However, working with fake news and sharing misinformation is also a much faster, easier and economically viable way to attract an audience, albeit through fraud. It undoubtedly leads to more site traffic and advertising revenue, and all of us who stand firmly against this type of work know how much it costs us not to dabble in similar practices.

Although relatively young, TheMayor.EU – The Portal for European Cities and Citizens boasts a well-informed audience and does not succumb to the temptations that these extraordinary times offer. We only choose the pieces of news, good examples and initiatives from EU cities that are worth sharing.

In order to guarantee our readers a transparent and ethical presentation of what’s happening in Europe’s cities, we are guided by several basic principles.

To begin with, we have clearly and transparently declared our media ownership. As I have always done, I stand before you today and personally guarantee the quality and impartiality of the materials we provide.

In addition, as a European website, TheMayor.EU is based and maintained on the territory of a Member State of the European Union. This is where our team works, this is where we pay salaries, taxes and social security and this is where we contribute to the local economy. We are not afraid to comply with the law and are prepared to submit to any regulation and review mandated by it.

TheMayor.EU employs a team of young professionals who sign their articles and materials with their real names and who take responsibility for what they write. Last but not least, our authors carefully check the origin and authenticity of any information before it reaches you and rely solely on authoritative and relevant sources.

I believe that every self-respecting online media outlet, from the small local sites to the large global agencies, must abide by similar rules. Such an approach would allow all of us to ensure that European citizens remain informed and will also aid us in combating the threat presented by fake news.

But we also urge our readers not to succumb to the emotions of a fast-paced information flow that not only filters the information but also distorts it, misinterprets and replaces it. Dear readers, today, more than ever, it is important to remain sceptical of what we read on the Internet, however difficult it may be.

Online, every one of us is a media outlet, and our opinions can reach hundreds, even thousands, in the span of just a few seconds. So, remember, every time you share something, every time you type in a comment – your input has the potential of changing someone's view, altering their decisions, and can have ripple effects well beyond your friend circle.

Before you share news that shock, surprise or outrage you, be sure to check out its author. Has his name been mentioned and have the basic principles of ethical journalism been respected? Has he cited a credible source? Is he open to hearing your opinion?

Furthermore, you should only seek information from sites that are ready to stand accountable. Take action - criticize and flag content when you have doubts about its authenticity. Fake news is powerless if we just choose to ignore it and pay them no heed.

Last but not least, I believe that the European institutions must play their part in this never-ending battle. The European Commission and the European Parliament should be more open and supportive of media outlets and their events and initiatives that adhere to ethical standards, that believe that quality trumps speed and sensation, that are guided by the principles of European integration and belief in our common future

I urge them to unite, to strengthen their cooperation with Member States, with digital platforms that disseminate information and advertising, and to fight fake news and misinformation harder than ever. We at TheMayor.EU support them and are ready to pour all our strength into this battle right now because we are convinced that together we can do more.

Boyan Tomov is the chairman of Euro Advance Association, which supports the TheMayor.EU - the European portal for cities and citizens and is its founder. He is the owner of Brand Media Bulgaria Agency, which publishes Kmeta.bg - the free newspaper of the Bulgarian municipalities and the online platform Kmeta.bg - the portal of the Bulgarian municipalities.

He is the manager of Media Economy Bulgaria, which publishes Economics magazine - a bilingual publication with a 30-year-long history, as well as the Economic.bg

Boyan Tomov has ten years of experience in the field of media and public relations.