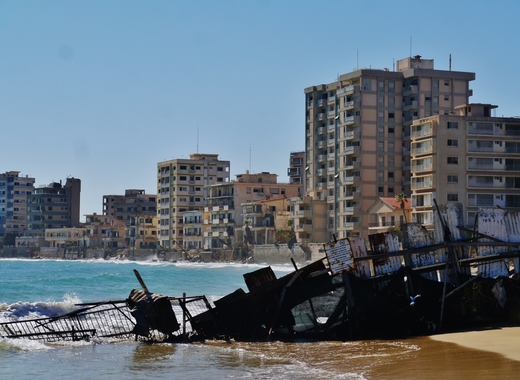 The issue of the reopening of Varosha – the abandoned southern quarter of the Cypriot city of Famagusta, has once again been raised to the top of the agenda for local and national authorities on the island. Amid flaring tensions in the Mediterranean, Turkish Cypriot officials have raised the prospects of returning and repopulating Varosha, leading to a severe backlash both from Famagusta’s local government, represented by mayor  Simos Ioannou, who called for a rapid resumption of talks between the North and South parts of the island, as well as from Cyprus’s national authorities.

Back before the Turkish invasion of Cyprus in 1974, Varosha was the island’s most important and well-recognized tourist destination. It attracted the highest number of tourists and was a favourite spot for many celebrities.

Yet after the war, Varosha ended up as part of the Turkish Republic of Northern Cyprus. The quarter has remained unused ever since, with authorities sealing it off and not allowing anyone in, except for Turkish military personnel and UN representatives. Thus, Varosha has remained abandoned, effectively a ghost town held as a bargaining chip in Cyprus-Turkish relations.

A potential return of life

The prospect of the quarter’s reopening has been raised numerous times over the years, but the most recent developments have pointed towards a concentrated effort of reopening Varosha by the end of 2020.

This has led to severe backlash from the local government of Famagusta, which Varosha was previously a part of, as well as from Cyprus’s national authorities, who have threatened to veto the allocation of any EU funds for Turkish Cypriots should the settlement be reopened.

Despite these threats, the Turkish Cypriot government has not yet wavered, on the surface remaining determined to reopen Varosha. It is unlikely, however, for the Turkish Republic of Northern Cyprus to show its cards while tensions in the Mediterranean are still high and it all still remains a guessing game as to whether it would risk such an escalation.