Following a decent showing in the European Elections, Bulgarian far right parties are on the back foot, while the centre stands strong 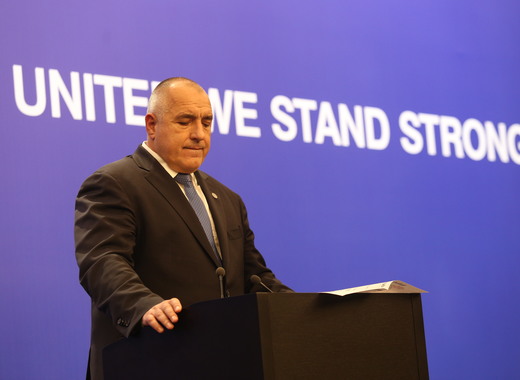 The local elections held on 27 October 2019 proved one major thing – Bulgaria is the exception to the Eastern European rule. Unlike Romania, Hungary and Poland, centrist parties in the Balkan country not only managed to hold their ground, but they successfully fended off the assault of the far right and the populist insurgents.

Before we get into specifics – here are the main players, who were competing in last week’s elections and who will be facing off against each other in the upcoming 2nd round.

While these are the main actors, it’s worth keeping in mind that a total of 66 parties were registered for these local elections, heavily fragmenting the vote in different regions of the country.

Unlike in Germany, where the Thuringia regional elections were held on the same day and where the centrist socialists and Christian democrats were absolutely destroyed, the Bulgarian centrist parties not only managed to survive but were able to significantly hinder the surge of any far right activity.

As we concluded in our previous analyses on the local elections in Hungary, major cities prove to be a major stumbling block for far right parties. Following a surprisingly decent showing at the European Parliament elections in May, the far right VMRO failed to seize the momentum it had gathered. The party recorded a far worse result than projected in the capital of Sofia, despite “bringing out the big guns” and putting forward its most recognizable and well-liked member as candidate for mayor. VMRO scored 4% of the vote compared to its 4.9% in the 2015 local elections.

In other major cities, the fate of both the mainstream far right parties and off-brand quasi-fascist movements remained equally dismal. In the port city of Varna the far right party “Vazrazhdane” (translated into “Renewal” or the Bulgarian historical equivalent of the Renaissance) failed to achieve anything of substance – despite its leader’s popularity among locals and his bizarre attempts at rewriting history and constant spouting of racist and homophobic drivel.

Unlike in Hungary or Poland (and even Germany and France), the far right in Bulgaria is still contained within the fringes of the political spectrum.

The Bulgarian Socialist Party fared substantially better than the far-right. But that’s not saying much.

The Bulgarian Socialist Party fared substantially better than in 2015. But that’s not saying much either.

Back in 2015, the BSP was on the verge of collapse and failed to secure any of the larger urban areas. The socialists were unable to retain any of their traditional strongholds and lost control of many local governments across the country. Compared to the absolutely disastrous results of the last municipal elections, the 2019 edition can really be seen as a great achievement and victory. At least the party didn’t disintegrate.

Nonetheless the main opposition party managed to secure a decent showing pretty much only in the northern city of Ruse, where their candidate for mayor won first place with around 32% of the vote. Ruse is the only larger city where the BSP is heading into a 2nd round with a lead.

The rightward turn of the Bulgarian Socialist Party led its leadership down the far right rabbit hole. While it is true that the BSP has traditionally been the “rural” party it had started to undergo a significant shift under the leadership of current PES president Sergei Stanishev. Yet all his work was undone over the last couple of years with the election of Korneliya Ninova as party chair, further cementing the urban electorate’s disdain for the Socialist Party.

Public support for Viktor Orban, anti LGBT messaging, Euroscepticism, racism and outlandish conspiracy theories are just some of the most recent ventures of the party that has the word “socialist” in its name. It should yet again come as no surprise that urban and more liberal voters are not particularly inclined to vote for parties with such ideas - looking oddly similar to the ones of the far right.

Battered and bruised, GERB still hangs on. Suffering serious setbacks, especially in the capital, the ruling party should be counting its blessings. The abysmal showing of their opponents and their respective disastrous campaigns allowed for the party leadership to scrape by in the wake of massive corruption scandals and infighting.

With the opposition yet again railing and proving itself unable to rally voters, the Bulgarian government appears stable and safe from outside attacks. Meanwhile on the inside, the weak showing of the far-right VMRO (GERB’s coalition partners) leaves Prime Minister Boyko Borissov with two options: a) keep on going with the current arrangement, not letting the VMRO go and letting them tire themselves out further; or b) use the apparent lack of support for other parties to have a go at a larger majority by calling a snap election.

Of these two, option a) seems far more likely. The mantra of PM Borissov is that stability is key. Leading the country to its 4th general election in 6 years is pretty much the opposite and would significantly (further) damage GERB’s image as the “serious” party.

The 2nd round of the local elections will be held on 3 November, and we can’t really make any predictions with absolute certainty. Yet one thing is for sure – the far-right specter that has been haunting Bulgarian politics has been almost rooted out in pretty much every urban area – with the key exception of Plovdiv. And unlike in Germany – or Hungary – or Poland – the centre in Bulgaria holds against the populist onslaught.